Asian Woman Punched In The Face and Robbed on BART 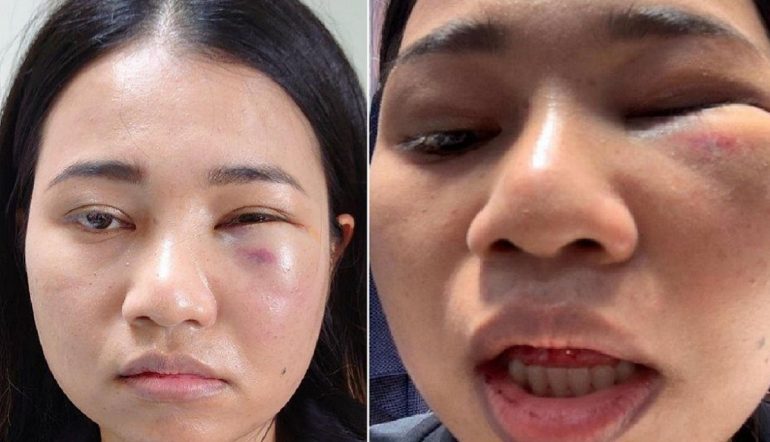 SAN FRANCISCO, California—A Thai woman named Mantakarn was on BART (Bay Area Rapid Transit) heading to work at a restaurant in Chinatown when she was repeatedly punched and pummeled by an African-American male and robbed of her smartphone while he screamed “Give me your phone, b**ch!”

This vicious attack happened between 16th St. and Civic Center stations, according to Dion Lim.

Mantakarn follows ABC7’s Dion Lim on Instagram and after seeing hundreds of incidents of Asians being attacked, robbed, and raped in the Bay Area, Mantakarn says she no longer carries cash. She even told Dion Lim she “tries to look like a boy” by wearing a hat to deter attackers.

She never thought this would happen to her, however, the dream of Woketopia has come true. Violence toward Asian-Americans by the African-American population is at an all-time high in the Bay Area.

According to the San Francisco Chronicle, 75% of all people banned from riding BART are African-American. The number of robberies and assaults African-Americans commit on BART are astronomical with gangs of teens as much as 30 at a time raiding the train and randomly robbing passengers.

Asian women are spit on and punched on top of being robbed and laughed at after being attacked by African-American teenagers. Those who complain are immediately labeled a “racist” and ordered to come up with other instances of attacks where the perpetrators are Caucasian or simply make up a story for the sake of racial equity.

Mantakarn works seven days a week at two different restaurants and although her wounds may heal, the attack has left her psychologically traumatized.

Many Asian-Americans in the Bay Area are calling it “Gotham City without Batman.”