CHINATOWN, San Francisco—A business owner was attacked twice by the same group of teens on the same day. According to the World Journal, Ms. Chen was assaulted when she tried stopping a group of teens shoplifting at her store on the 900 block of Grant Ave, Saturday, May 15 around 12 p.m.

Chen suffered minor injuries and the suspects fled the scene.

According to the San Francisco Police Department, the suspects then returned to the store around 5:40 p.m. and pepper-sprayed Chen in the face before fleeing the scene once again. She was transported to the local hospital with non-life-threatening injuries.

A Caucasian man tried stopping the attack and he was assaulted by the teens as well.

Ms. Chen is speaking out against these senseless attacks that have been happening on a daily basis to the Asian-American community throughout the Bay Area. She fears further retaliation from her attackers but feels more people should speak out against the violence.

As these attacks are happening, San Francisco Mayor London Breed announced a plan to pull $120 million from the city’s law enforcement budget and reinvest it in the city’s African-American communities. The same community attacking Asian-Americans throughout the Bay Area.

The situation has reached biblical proportions and guarantees there will be no type of unity or reconciliation happening between the two communities anytime soon.

“The black community won’t even acknowledge or admit 95% of the physical attacks happening to our people are from them. At the same time, they’re blaming us for being ‘anti-black’ and we deserve being attacked. To that, I say they deserve a knee to the throat. I’m armed 24/7. Come and get me,” A San Francisco resident stated. 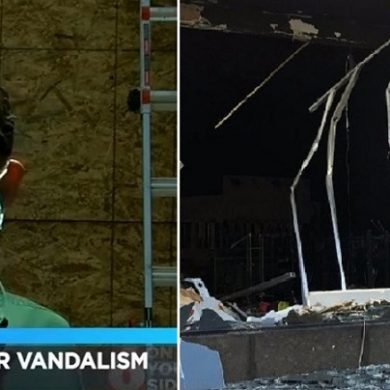