Details Emerge of the Suspect Who Murdered Officer Inn 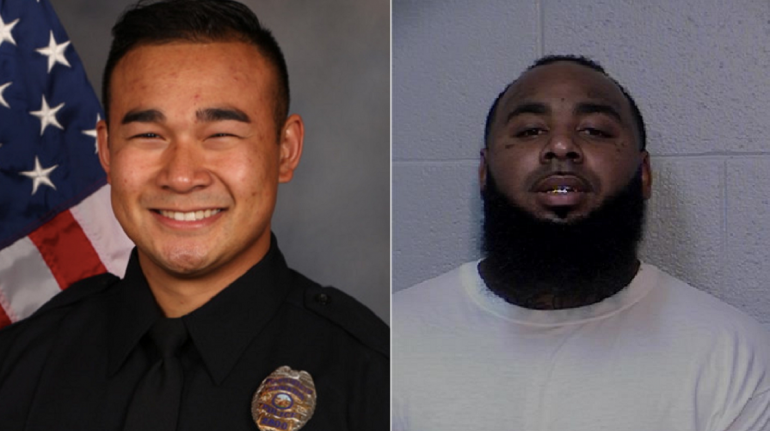 Stockton Police Chief Eric Jones called Tuesday’s killing a blatant and sudden attack that started with a domestic violence call. Officer Inn was the first on the scene, according to CBS13 Sacramento.

Officer Inn knocked on Lowe’s door and stood off to the side, according to police. Lowe opened the door and then shot Officer Inn several times. Lowe then exchanged gunfire with another police officer who arrived before running back into his home.

CBS13 Sacramento obtained cellphone video of Lowe re-emerging from his home—holding and strangling his own 8-year-old son by the neck.

A mystery hero can be seen running behind Lowe and tackling him to the ground, freeing the 8-year-old boy. Lowe was then shot to death by police.

On Wednesday, the California Department of Corrections and Rehabilitation released information about Lowe. Officials stated he was given a five-year sentence in 2018 for grand theft auto with the use of a firearm case out of Los Angeles County, however, he was magically released in 2020 to parole supervision.

Officer Inn was a five-year veteran of the Stockton Police Department. He leaves behind a wife, who is also a Stockton police officer, and three children, reports CBS13 Sacramento.