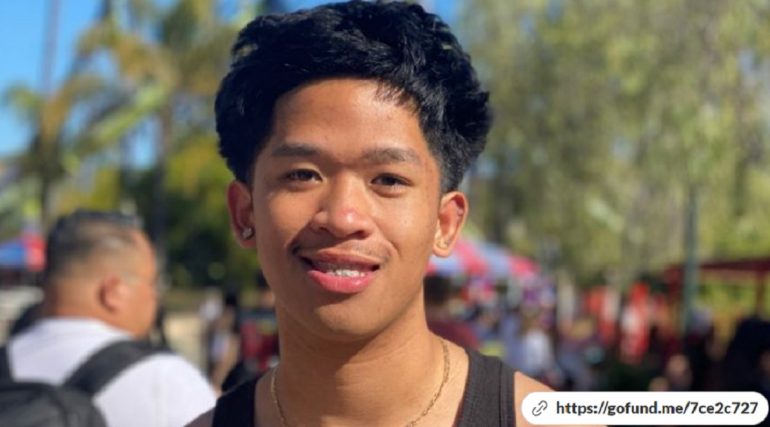 SAN MATEO, California—A 19-year-old Asian man was shot dead and multiple suspects remain at large following a Friday night shooting in a parking lot of the San Mateo Adult School, according to KPIX5.

Police officers arrived on the scene at 789 E. Poplar Avenue and discovered 19-year-old Yhuky in the driver’s seat of a vehicle parked in the school’s parking lot. He was shot in the abdomen and neck.

Yhuky was immediately transported to a local trauma center where he later succumbed to his injuries, reports KPIX5.

Investigators said the incident was not associated or remotely related to any activity involving the San Mateo Adult School or San Mateo High School.

According to his GoFundMe page, Yhuky got off work as a security guard at the V.A. hospital and picked up his girlfriend around 8 p.m. They were sitting in his car when three people approached his vehicle and tried to carjack him. One of the individuals pulled out a gun and Yhuky’s natural reaction was to cover his girlfriend and use his body as a shield.

The suspects shot Yhuky twice, first in the abdomen and another on his neck. His girlfriend was unharmed, unfortunately, Yhuky did not survive.

“Words cannot express how devastated my family is right now. We’re angry, we’re sad, we’re in disbelief, and we want justice for Yhuky. Police were able to locate and arrest one of the a**holes that shot my brother, and it won’t be long until they find the other two. In the meantime, we want to give Yhuky the memorial he deserves,” according to his GoFundMe page.

“Yhuky was a special young man with a positive attitude. He made sure to light up your day with his contagious laugh and smile. He was selfless and generous – spending his paycheck on others before he spent it on himself. When our dad lost his car, Yhuky gladly gave him his without even being asked. He was comforting, protecting, and always made sure to express his feelings towards his loved ones. His mom even calls him “mushy” because he always made sure she knew how much he loves and appreciates her.

In 2008, Yhuky and his mother immigrated to the United States in hopes of a brighter future. Yhuky graduated from high school just last year and had his whole life ahead of him. He had plans to join the army but decided to stay and help pay for household expenses. He leaves behind a mother, a father, and three siblings.”

If you were driving by, have an in-car camera, or saw anything out of the ordinary, please contact police immediately at (650) 522-7700. Anyone with information or security footage related to this shooting is encouraged to contact Detective Sergeant Kurt Rodenspiel at (650) 522-7662 or [email protected].