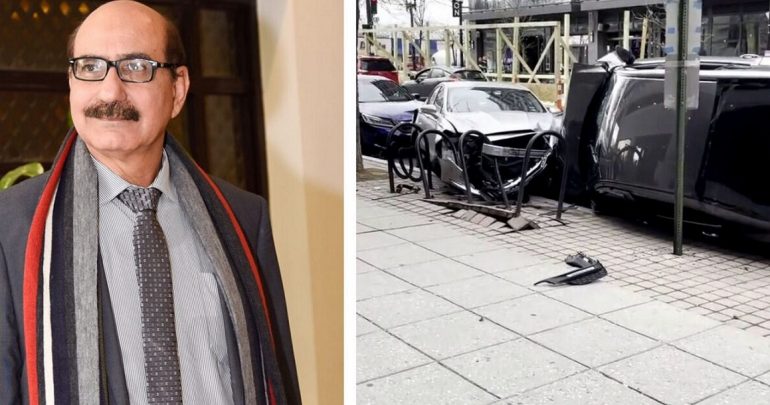 WASHINGTON, D.C.—The teenage girl who cannot be named for legal reasons pleaded guilty to the murder of an Uber Eats driver, 66-year-old Mohammad Anwar on March 23, 2021.

In return for her guilty plea, other charges—armed carjacking, robbery, and aggravated reckless driving—were dropped. The second female accomplice, who is 13-years-old, has yet to resolve her case and is scheduled for a May 17 court appearance. She will not be charged as an adult.

As for the 15-year-old, she will be sentenced on June 4 and will serve a maximum of six years in prison, until she is 21-years-old. Court proceedings involving minors are closed to the public, so it’s unclear if her light sentence was because she is African-American or a minor—most likely both.

It should be noted the 15-year-old could have been tried as an adult, however, prosecutors would have had to prove she was beyond rehabilitation.

Human life is precious and murdering a person is beyond rehabilitation and to think it’s still in the cards is a fool’s errand. The “catch-and-release” tactics used in the Bay Area, California, is ample proof of that.

Mohammad Anwar immigrated to the United States from Pakistan in 2014 “to build a better life for himself.” However, that life was cut short on March 23, 2021, when two African-American girls, ages 15 and 13, violently carjacked him.

The girls forced their way into Anwar’s Honda Accord at the Navy Yard Metro station around 4:30 p.m. while he was making an Uber Eats delivery, according to the Washington Post.

Anwar suffered multiple broken bones and heady injury. He died at the scene.

Large segments of the African-American community from the 23 million followers of The Shade Room as well as other platforms blamed Anwar for putting up a fight and thought he deserved to die for his “stupidity.”

Others became enraged when D.C. Mayor Muriel Bowser posted a video about preventing car thefts with the caption: ‘Auto theft is a crime of opportunity. Follow these steps to reduce the risk of your vehicle becoming a target. Remember the motto, #ProtectYourAuto.’

The message taken was Mayor Bowser tried blaming the incident on Anwar as well.