Thompson Pleads Not Guilty and Faces No Hate Crimes Charges 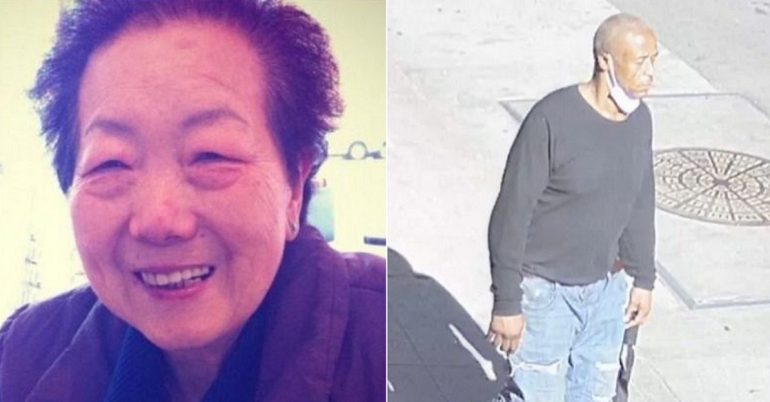 SAN FRANCISCO, California—Patrick Thompson, 54, will not be charged with a hate crime for the stabbing of two elderly Asian women at a bus stop near 4th and Stockton Streets on May 4. Both women are expected to survive.

Thompson faces two counts each of attempted murder, assault with a deadly weapon and elder abuse. He faces a potential life sentence.

During his brief court appearance on Monday, Thompson’s Public defender, Eric Fleischaker entered a not-guilty plea on his behalf and was denied bail, according to KPIX5. Thompson was originally scheduled to be arraigned on Friday, but he refused to leave his cell.

According to Fleischaker, Thompson’s attacks on the 65 and 85-year-old Asian women were not racially motivated. Thompson’s defense is that he’s been suffering from mental health issues for his entire adult life.

KPIX5’s sources say Thompson has a long and violent criminal history, with more than two dozen arrests in the last 20 years. He was actually placed under psychiatric hold at least once, and in 2019, was arrested for battery.

District Attorney Chesa Boudin’s “restorative justice” approach over mass incarceration has come under fire by the city of San Francisco. Patrick Thompson should have been serving 25-to-life for the litany of crimes he’s committed for over two decades. Yet, he was free to roam the streets.

DA Boudin believes mass incarceration is not the answer and Patrick Thompson trying to murder two elderly Asian women is proof of that theory.

The vicious knife attack on two elderly Asian women has become “normal” in San Francisco, aka, Woketopia. Over the weekend, authorities confirmed two separate Asian victims were attacked once again, according to KPIX5.

The first incident happened on Sunday morning between 8:30 and 9 a.m. An Asian woman was boarding a Muni 38 Geary Express bus on Geary and Leavenworth when a male passenger punched her in the face for “no apparent reason.” The Muni driver stopped the attack and let the suspect off the bus and called the police.

The Asian woman suffered a split lip. The suspect is still outstanding.

The second assault, also on Sunday around 12:30 p.m., 29-year-old Andre Smith got into a verbal argument with a 55-year-old Asian man on board a bus. Smith then decided to punch the victim in the face, causing him to fall down and lose consciousness.

The Asian male was transported to the hospital with non-life-threatening injuries, reports KPIX5. Smith was arrested and booked at the San Francisco County Jail on charges of assault likely to cause great bodily injury, aggravated battery, elder abuse, elder neglect, and battery.