Hate Crimes Against Asians Up 300% in the Bay Area 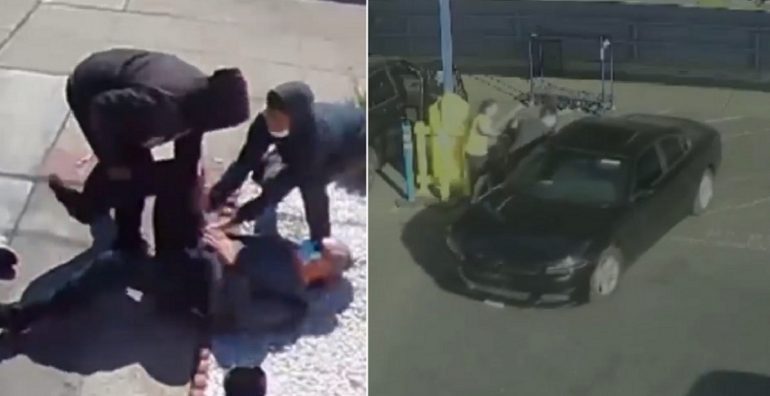 BAY AREA, California—One of the most “progressive, liberal and diverse” cities in America is showing its true colors. The very people who think themselves so morally superior to everyone else turn out to be the most racist and incompetent of them all.

The San Leandro Police Department reported a 300% increase in crimes toward the AAPI in 2020 compared to 2019, according to ABC7’s Dion Lim.

An 80-year-old Asian man cried for help today after getting knocked to the ground in San Leandro, California. The three suspects who knocked the elderly man down were as young as 16 and can be heard laughing loudly out of pure joy of inflicting pain to their Asian victim.

African-American teens have gone through enough, they’re “bound by a system of white supremacy, which artificially created economic conditions that force them to attack Asians for financial gain and perpetuates minority-on-minority violence as part of a white supremacist master plan to control the world.”

Right over the bridge from San Leandro lies San Francisco, a city that is also experiencing a crimewave of biblical proportions. We can thank District Attorney Chesa Boudin for his “soft on crime and catch-and-release” policies.

Under his watch, Asian-Americans have been attacked, beaten, robbed, and murdered on a daily basis.

Just when you think a random African-American teen punching an Asian man with cerebral palsy walking out of a public restroom because he looked “funny” wasn’t enough, Patrick Thompson—the man who stabbed two Asian women last week—decided not to show up to court. You read that right, Thompson woke up one morning and decided not to leave his jail cell and go to court.

Turns out, Patrick Thompson should have been serving 25-to-life. Apparently, he stabbed a man in a homeless shelter with a pair of scissors and tried to throw him out of a window back in 2017.

But DA Chesa Boudin wouldn’t be Chesa Boudin without blaming everyone else but the black man. Boudin apparently blamed the judge for the mental health diversion of Mr. Thompson in 2020. ABC7’s Dion Lim asked Boudin, “As the DA you and members of your office have every right to object. Why did you not object?”

“Boudin sidestepped my question and gave me the definition of what a mental health diversion is,” Dion Lim wrote.