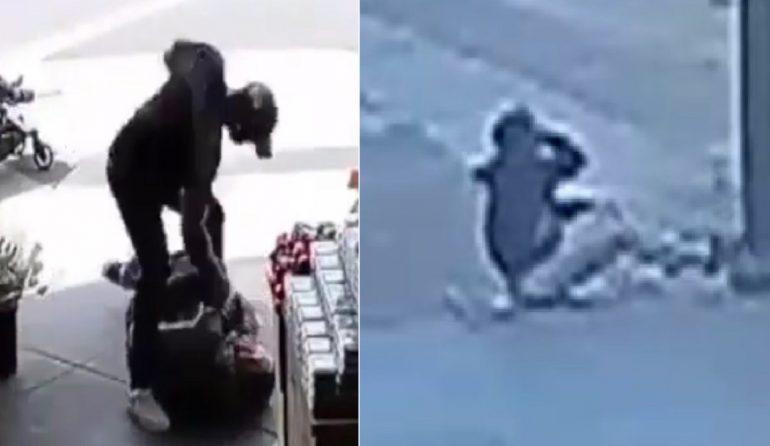 BAY AREA, California—The poll, conducted by the Center for Asian Americans United for Self-Empowerment—among other organizations—reported 73 percent of Asian-Americans are afraid of becoming victims of violence and 68 percent are afraid of being bullied, mocked, or harassed in public.

Released on Friday, the poll comes amid a horrifying rise in physical attacks against the AAPI community, reports KPIX5.

“What enrages me, even more, is that the attackers aren’t even blamed by the media or by a large number of my own community. The majority of attacks against us are from the black community and I’m constantly told it’s because of ‘white supremacy’ and every time I voice my frustrations, other Asians are telling me ‘you don’t have to be white to be a white supremacist,’” said Bianca Vicencio.

The poll also shows 72 percent of Asian-Americans are more worried than any other racial group that their children will be bullied or harassed at school.

“My niece has been harassed when she was in middle school for being an honor student by black kids and now all that was for nothing since Lowell decided to implement the lottery system for their admissions instead of an entrance exam,” Vicencio said.

“I visit AWA, Jackfroot, and Asian Dawn for the latest news, and every time I see attacks involving black people (which is 95% of the time), I notice black people don’t really care about the attacks, they only visit the site to “police” racist comments. I mean come on, Asians are frustrated,” stated Nguyen, who only wants to give out his surname.

“Are you going to seriously say Asians racially insulting black people for attacking Asians is on the same level as Black people murdering and seriously injuring Asians minding their own business? We’re not burning your neighborhoods down like you would if one of your own got kneed to death by police. Not that I’m saying there is anything to burn down in your neighborhoods,” Nguyen continued

CNN, a news outlet that admittedly downplays Black-on-Asian violence reported Asian-American gun purchases have skyrocketed for the second straight year. However, they spend the entire article explaining why Asians shouldn’t purchase firearms and simply let the attacks play out.

“I know firsthand that guns don’t make us safe. It is a common myth that a good guy with a gun will keep us safe from a bad guy with a gun,” Po Murray, the chairwoman of Newtown Action Alliance stated to CNN.

Murray forgot to mention how armed Korean-Americans successfully defended themselves against the barbaric horde of rioters back in the 1992 Los Angeles riots.

“If you’re an Asian-American and you’re considering buying a gun, really try to think through it, rationally. You see videos of people being harassed and violence being committed against them on the streets, but in your state probably carrying around a gun might be illegal,” Pan stated. “It might also be that carrying a gun might provoke other unintended consequences that put you in harm’s way.”

Basically, the media is blaming “white supremacy” for attacks on Asians and then telling Asians they shouldn’t arm themselves to protect themselves. How little are our lives worth.