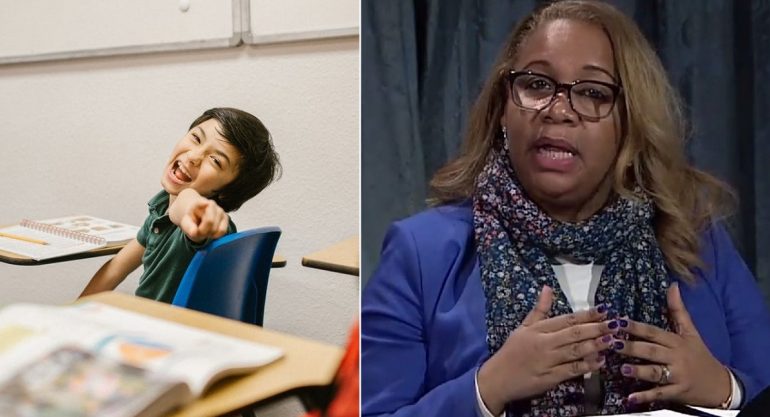 NEW YORK—Schools Chancellor Meisha Ross-Porter has called for an end to all entrance exams in specialized high schools on Thursday after becoming irate about the new admissions data that showed Asian students once again dominate the test.

Porter cited the minimal number of black and Hispanic students passing the current single-test entry exam as “unacceptable,” according to the New York Post.

Asian students comprised 53.7% of those admitted, Caucasians 27.9%, Hispanics 5.4%, and African-Americans at 3.6%. Numbers which have more-or-less been the same for decades.

According to Chalkbeat, Porter was raised in South Jamaica, Queens, and graduated from Queens Vocational and Technical High School, where she majored in plumbing. A plumbing major wants to decide the faith of hardworking Asian students majoring in STEM (Science, Technology, Engineering, Math).

“I know from my 21 years as an educator that far more students could thrive in our Specialized High Schools, if only given the chance,” Porter stated. “Instead, the continued use of the Specialized High School Admissions Test will produce the same unacceptable results over and over again, and it’s far past the time for our students to be fairly represented in these schools.”

However, these same standards do not apply to professional sports like the NBA or NFL, which are dominated by African-Americans. Will there be laws capping the number of African-American athletes entering the NBA and NFL in favor of Asians?

One parent vindictively stated, “Black people will never dominate the tech world or corporate world. They would have to produce Einstein-level geniuses who can pass these standardized tests without special treatment for the next 70 years just to match where Japan, Taiwan, South Korea, and Singapore are now and they would still be another 70 years behind [us].

Porter’s predecessor, Richard Carranza, failed to push an overhaul of the current standardized test format along with Mayor Bill de Blasio back in 2019. Asian parents ferociously fought any attempt.

According to the New York Post, although 70 percent of all city students are African-American and Hispanic, only 9.4% of them are able to make it into specialized high schools via an entrance exam. Opponents argue Asians pass the test because they are “white adjacent,” and the exam itself is a form of white supremacy.

Stuyvesant High School is considered one of the best specialized high schools in New York and Asians currently make up 65 percent of new offers. Caucasians are 20 percent, Hispanics are 2.7 percent, and only eight African-Americans students were able to pass the test, according to the DOE.