Second Suspect Arrested For the Killing of a Cat Named Ponzu 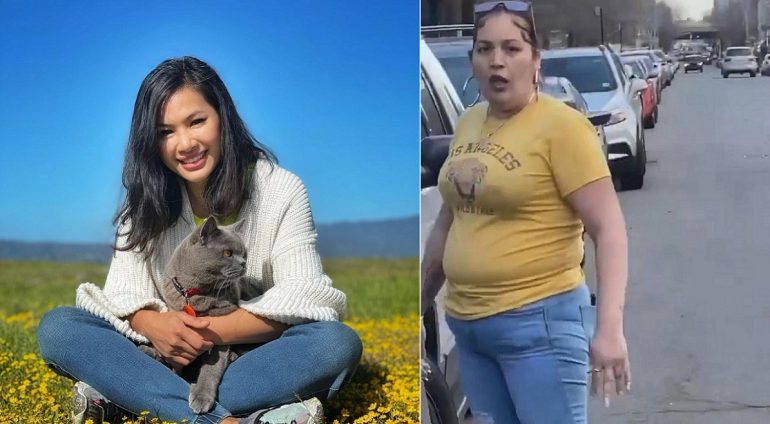 BROOKLYN, New York—Within 24-hours after multiple articles were released about the vicious attack and tragic death of a British Shorthair cat named Ponzu and the beating of his owners in a Brooklyn park on Easter Sunday, Asian netizens have methodically identified those responsible and promised complete financial destruction of their lives.

One suspect apparently works for FedEx ground, according to his Facebook page. Multiple Asian netizens stated, “I know people in management. He’ll be fired by the end of the week.”

On April 21, 42-year-old Evelyn Serrano was arrested by the NYPD and charged with assault, according to NYC reporter Janine Phakdeetham.

On Wednesday, April 28, police arrested 34-year-old Julie Rodriguez and charged her with assault.

This whole infuriating series of events took place when restaurant owner Suchanan Aksornan, also known as Chef Bao Bao on Instagram, took a stroll in the park with her boyfriend, her dog, two cats, and a bird on the evening of April 4 in McCarren Park in Brooklyn, New York.

A random 12-year-old boy ran up, “snatched and pulled Ponzu’s leash up…into the air” before dropping the cat.

Ponzu tried getting away but the boy allegedly stepped on the leash. The British Shorthair eventually managed to break free, but when the couple realized his back was bloodied, they went after the boy.

The boy ran to his family and played victim. The boy’s single mother, identified as Julie Rodriguez began verbally harassed the couple and later attacked them.

“The family not only did not offer any apology nor remorse,” Aksornnan told a news outlet. “They immediately began a verbal abuse which escalated into a physical assault. I got punched and kicked by three women.” Her boyfriend sustained a broken nose and needed surgery the next day, she added.