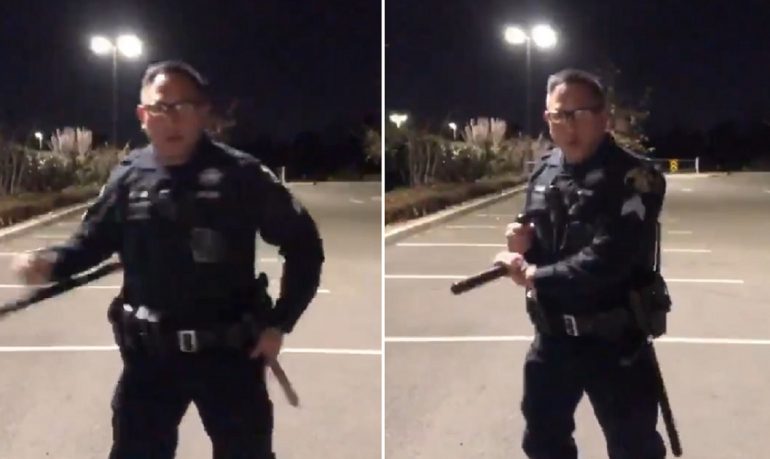 SAN JOSE, California—Sgt. Eddie Chan is under investigation for filming himself showing off his baton skills with the Mortal Kombat theme song music playing in the background.

Internal Affairs is now investigating the actions of Sgt. Chan, according to NBC Bay Area.

Millard, who also taught defensive tactics to police officers, explained the moves displayed in Chan’s video were never in his lesson plan, according to NBC Bay Area.

“Not even as a fun warmup,” Millard said. “We wouldn’t do something like this.”

Some of Chan’s colleagues are concerned he recorded the video while in uniform, which they believe sets a bad example for the rookies he supervises on his shift.

“That’s nothing we need to see from police,” Rev. Jethro Moore of the NAACP said of Chan’s video. “I feel it’s a bad place to be if he feels like he’s going into work to be in combat with someone.”