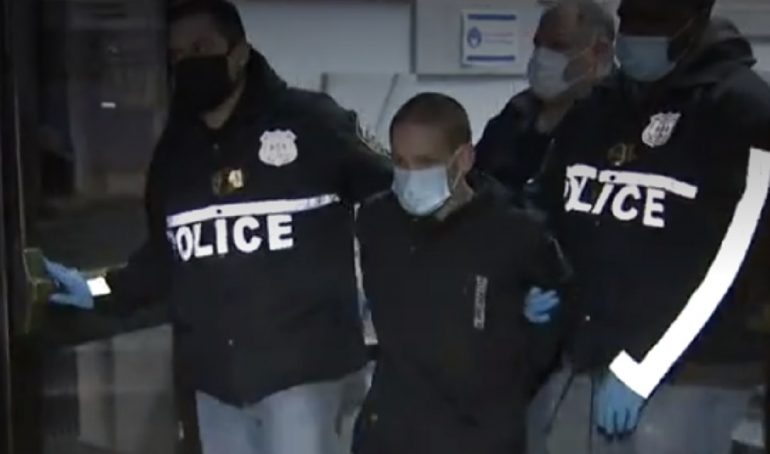 NEW YORK—An Asian dad was slugged in the face in Lower Manhattan on Saturday as his attacker yelled, “dumb f*****g c**k” in front of his two young children, according to the New York Post.

The 33-year-old victim had been driving with his children near Canal Street and Cortlandt Alley a little after 8 p.m. when he stopped his car to care for his son who became sick in the vehicle, police said.

At that moment, an unidentified man got out of his car, walked up, yelled the racial slur, and told the victim to move his car, and punched the window. The assailant then walked back to his grey Acura and drove away.

The victim, along with his two children, later walked into the Fifth Precinct and reported the attack.

On the same day in Queens, around 5:30 p.m., 32-year-old Ricardo Hernandez harassed an undercover Asian police officer on a platform in the 39th Ave—Dutch Kills subway station in Long Island City.

According to the Daily News, Hernandez allegedly screamed, “That’s why you peoples are getting beat up. I got nothing to lose. I will f**k you up. This is my house.”

The undercover NYPD officer then turned around and flashed Hernandez his badge.

Hernandez was arrested and charged with aggravated harassment, harassment and a hate crime.

The NYPD began positioning undercover police officers from the Asian Hate Crime Task Force around the city last month in an effort to curb the continued attacks against the Asian community in the city.