OAKLAND, California—Proving once again California’s Woketopia has reached its zenith, the Oakland Police Department is trying to determine if an attack on a 65-year-old Filipino man was a hate crime. Yes, another attack.

The incident happened on Thursday, April 8, when an elderly Filipino man was brutally attacked, beaten, and carjacked at gunpoint outside of Oakland Food Maxx grocery store.

“While they were trying to steal his car, they thought he was Chinese, so they were talking about Covid and being an Asian American in America,” Guillermo stated to NBC Bay Area.

Guillermo added her uncle works as a driver for Lyft and the attack not only landed him in the hospital but also put him out of work because his car was his only source of income.

“He was hit over the head with a gun and he was trying to stop him from taking his car. So, he put his body to get in the way of getting inside the vehicle and the person took off with his car and dragged his body in the parking lot,” she said.

Fighting back landed the victim at Highland Hospital, where he was treated for non-life-threatening injuries, according to NBC Bay Area.

The 65-year-old Alameda man also fears his attackers could return. “This happened just blocks away from their home and so we don’t create friction with what is already happening in the community,” Guillermo continued.

Police say the suspect stole a white Toyota Corolla with California license plate “8GMA097.” If the public sees the car, they are asked to call the police. 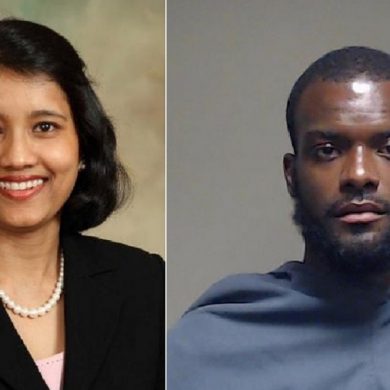