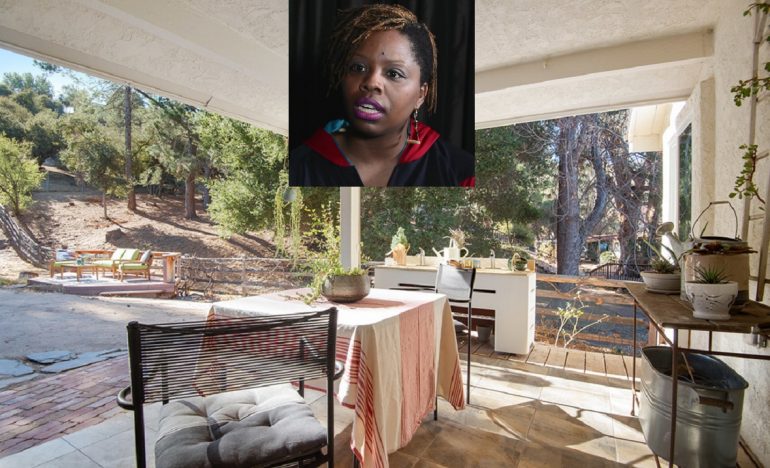 TOPANGA CANYON, Los Angeles—Patrisse Khan-Cullors, 37, co-founder of Black Lives Matter and proud Marxist recently purchased a beautiful house in Topanga Canyon, California for $1.4 million. A peculiar decision since the neighborhood itself is nearly all-white. What happened to helping build up the impoverished African-American communities?

Dirt.com broke the news and wrote, “A secluded mini-compound tucked into L.A.’s rustic and semi-remote Topanga Canyon was recently sold for a tad more than $1.4 million to a corporate entity that public records show is controlled by Patrisse Khan-Cullors, 37-year-old social justice visionary and co-founder of the galvanizing and, for some, controversial Black Lives Matter movement.”

According to Market Watch, Black Lives Matter raised more than $90 million in 2020.

At the same time, many of its supporters were literally burning and looting hundreds of Asian-owned businesses to the ground throughout the United States and did so with near impunity. Some Korean-Americans’ entire livelihoods were destroyed, which caused them to immigrate back to South Korea. According to the Korean Herald, over 126 Korean-owned businesses were damaged in 2020.

In fact, while hundreds of Asian-owned stores burned to the ground or were looted, Cullors purchased four high-end homes for $3.2 million in the US alone, according to the New York Post.

“South Korea is a safer, more advanced, and more civilized country than the United States at this point in time. We should have gone back a decade ago,” stated Mr. Park four days after his family’s beauty supply store burned to the ground while a large group of teens laughed with joy.

The Marxist purchased a beachfront Albany resort outside Nassau in the Bahamas which was priced between $5 million and $20 million, reports the New York Post. This is the same ultra-exclusive resort where Justin Timberlake and Tiger Woods both own homes.

However, only Black Lives Matter and “progressives” are allowed to be hypocrites. Everyone else gets called out on CNN.

The head of Black Lives Matter Greater New York City, Hawk Newsome, called for “an independent investigation” to find out how BLM spends its money.

“If you go around calling yourself a socialist, you have to ask how much of her own personal money is going to charitable causes,” he said. “It’s really sad because it makes people doubt the validity of the movement and overlook the fact that it’s the people that carry this movement.”

Cullor’s spouse, Janaya Khan, flew down to Georgia and bought a fourth home—a “custom ranch” on 3.2 rural acres in Conyers featuring a private airplane hangar with a studio apartment above it for $415,000, reports the New York Post.

The buying spree actually started in Los Angeles back in 2016. Cullors purchased a three-bedroom, 1.5 bathroom home in Inglewood for $510,000. It’s now worth $800,000 because of gentrification the African-American community is fighting against.

A Black Lives Matter supporter stated, “Asians have made it so African-Americans can’t compete. Therefore, we need to take from the Asians and white people and redistribute them to the black community. Pride comes before the fall and you light-skins are too proud.”

African-American radio host, Jami Jivani chimed in on Cullors’s recent purchase. “I can’t believe how badly some people got played by BLM.”

Jason Whitlock, an African-American sports journalist, stated to Tucker Carlson at Fox News that “Well, I compare Black Lives Matter to the KKK. I really do.” Whitlock continued, “And some people don’t understand it, but if you go back to the 1860s, after the Emancipation Proclamation, the KKK was started, and it was the enforcement arm of the Democratic Party.”

Feature Images via The Dirt & Wikipedia