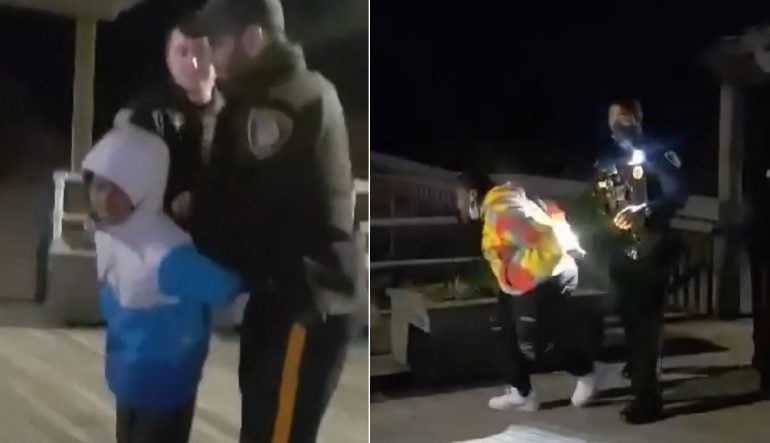 ATLANTIC CITY, New Jersey—On Thursday night, April 1, 66-year-old Mehmood Ansari collapsed and died shortly after being robbed by a knife-wielding 12-year boy during a confrontation with multiple juveniles who were rampaging through his store, according to NJ.com.

“He worked every single day, open and close. He worked hard for us.” Mehmood’s son, Asif said. “He always wanted to have (more) security. He was trying, trying. Be we didn’t know it was going to end up like this.”

Mehmood Ansari immigrated from Pakistan to Atlantic City over 40 years ago and eventually opened a shop on the boardwalk called City Souvenirs.

According to Asif, his father became concerned as the level of theft and lawlessness increased in the promenade. Kids and teenagers were running into stores and snatching clothes, sunglasses, and souvenirs at an astronomical level. His father wanted more security on the boardwalk.

Around 7:30 p.m. Thursday, April 1, Mehmood returned to the shop after working a shift that morning to bring food to his son, who was working that night. About five minutes later, a group of young “teens” and “preteens” tried stealing items. When Mehmood confronted the juveniles, they started harassing and throwing items at him, according to NJ.com.

A 12-year-old boy then brandished a knife and threatened Mehmood. Shortly after police arrived, Mehmood “collapsed and was not breathing,” according to Atlantic City Prosecutor Damon G. Tyner. He was taken to the hospital, where he died.

“This is like our home and it’s not safe,” Asif Ansari said. He said the incident was caught on surveillance video.

Two juveniles were arrested. They will not be charged with Mehmood’s death. However, they both face counts of robbery, shoplifting, simple assault, and conspiracy. The 12-year-old boy was also charged with terroristic threats and weapons offenses, according to authorities.

President of the local merchants association, Amer Kashmiri, stated store owners no longer feel safe at the boardwalk. Harassment and theft have been a problem “for a while” and were an issue last summer too, reports NJ.com.

“We need security. We don’t want to do business with fear,” said Kashmiri, who owns a clothing store and souvenir shop. “If people are scared to come to the boardwalk… if tourists won’t come, Atlantic City will not run.”