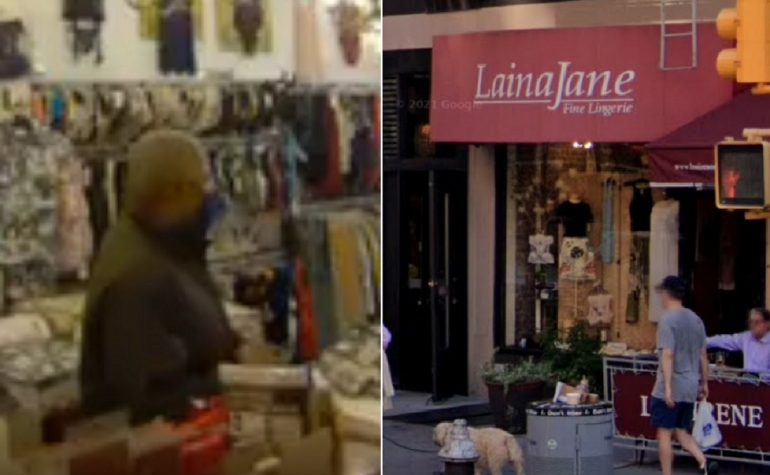 UPPER WEST SIDE, New York—A terrifying moment captured on surveillance camera when a man attempted to rob and then lock up an 18-year-old Asian woman helping out at her mother’s boutique on Amsterdam Avenue and 80th Street on March 27, Saturday morning.

Surveillance footage shows the robber telling the 18-year-old sales clerk, Charlotte Dow, to “just give me the money” at Laina Jane.

NBC News reported Dow recently rung up a purchase of $98 and the store was digital-only, so she did not have cash to give. The man can be heard threatening Dow’s life if she didn’t give him money.

The footage then shows the man trying to lock Dow in a dressing room and then blockaded her in the bathroom. She stated to NBC that he told her he would shoot her if she opened the door.

A customer soon entered the store and the robber attempted to tell the incoming customer that the clerk was unavailable. That’s when Dow screamed to call 911 and the robber immediately ran off.