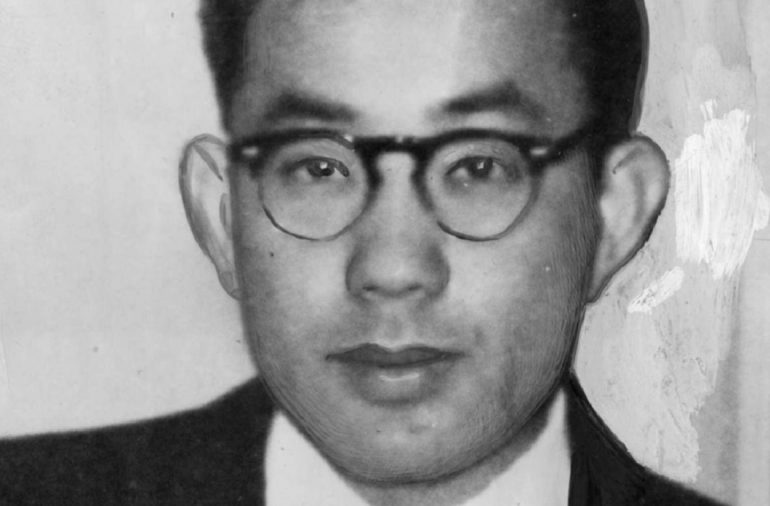 PHILADELPHIA, Pennsylvania—On the night of April 25, 1958, 26-year-old Penn graduate student In-Ho Oh stepped out of his apartment building to mail a letter home to his parents in Korea.

Before he could make it back from the mailbox on the corner of 36th and Hamilton Streets, Oh was beaten to death by a group of at least 11 African-American youths, aged 15 to 20.

The Daily Pennsylvanian stated: “In-Ho Oh was killed for petty cash, and nothing more,” in a 2005 article titled: A tragic wake-up call.

It turns out, on the night Oh was beaten to death, there was a local dance being held and admission was 65 cents a head. The 11 hoodlums did not have the money but they thought Oh might, so they decided to attack and beat him to death.

However, Oh had nothing of value, just his glasses, which were found on the ground near the corner mailbox next to his badly beaten body.

According to The Daily Pennsylvanian, police on scene found a broken pop bottle on the ground which would later be determined as the murder weapon. An ambulance rushed Oh to the local hospital where he died 10 minutes after his arrival.

Oh had come to America and the University of Pennsylvania to pursue his graduate degree in political science. He earned a bachelor’s degree in philosophy at Eastern Baptist College, worked nights as a bank clerk, and shared his apartment with his uncle, who was working toward a Ph.D. in archaeology at Dropsie College.

Oh also served as an interpreter for American forces during the Korean War.

Surprisingly, Oh’s parents asked for leniency and forgiveness for the 11 black youths who viciously, maliciously, and mercilessly beat their son to death. They even went so far as to donate $500 “for the guidance” of the youths. According to The Daily Pennsylvanian, Oh’s parents wrote a letter, “It is our sincerest desire that the fund be administered in this rehabilitation.”

However, Philadelphians were not so forgiving and the murder caused a citywide uproar. Citizens throughout the city demanded more police protection and a mob of 600 people confronted then-Police Commissioner Thomas Gibbons.

The United States government issued a formal apology to the Oh family through the secretary of state’s office.

Of the 11 African-American youths who beat Oh to death, nine stood trial for their crimes. Seven were convicted and forced to serve time in prison. 16-year-old Leonard Johnson was convicted of second-degree murder and given life in solitary confinement.

19-year-old Alfonso Borum was convicted of first-degree murder and sentenced to death by electric chair.

In-Ho Oh is the cousin of David Oh, a Republican member on the Philadelphia City Council and the first Asian-American elected official in the city, according to NBC News.

On Friday, March 26, David Oh stood at 36th and Hamilton Streets and unveiled a street sign that marked the very spot his cousin was murdered in 1958.

“They just attacked,” Ho said. “They didn’t attack because he was an Asian American, but just because he was mailing a letter,” Oh stated to NBC News.

Feature Image via The Philadelphia Inquirer