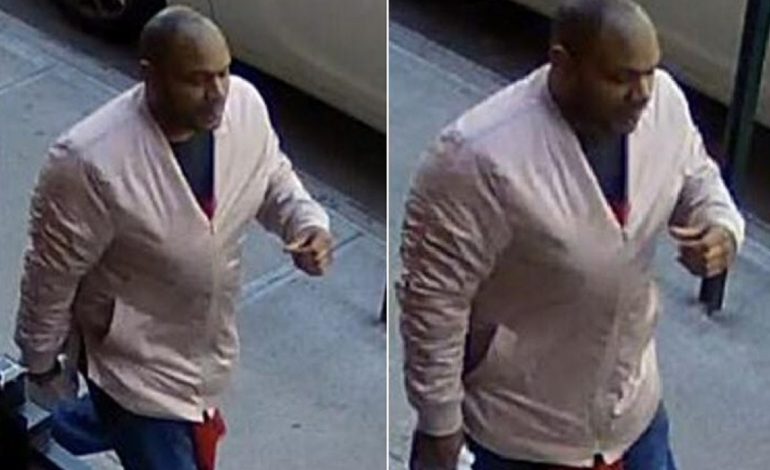 MANHATTAN, New York—Authorities want to identify the man who punched and kicked an Asian woman for being Asian on her way to church, according to ABC7.

The incident occurred Monday, March 30, in front of Apartments in 360 West 43rd Street in New York City. The building is owned by the Brodsky Organization.

A 65-year-old Asian-American woman was walking to church around 11:40 a.m. when she was viciously assaulted by an African-American male who screamed “F—k you! You don’t belong here!” She was punched repeatedly, knocked to the ground, and kicked multiple times before the attacker fled.

According to ABC7’s sources, a security guard employed by the apartment building witnessed the entire incident and closed the door on the helpless victim, and failed to render any type of aid.

The 65-year-old victim is currently hospitalized with swelling to the face, and pain in the left leg.

The Brodsky Organization, which owns the apartment complex, released a statement:

“The Brodsky Organization is aware of the violent assault on an Asian American woman in front of 360 West 43rd Street.

The Brodsky Organization condemns all forms of discrimination, racism, xenophobia and violence against the Asian American community.

The staff who witnessed the attack have been suspended pending an investigation in conjunction with their union.

The Brodsky Organization is also working to identify a third-party delivery vendor present during the incident so that appropriate action can be taken.”