Korean Man Attacked With a Brick in K-Town

KOREATOWN, Los Angeles—Last weekend, a Korean man in his 60s, who went for a walk near Koreatown was violently attacked by an African-American woman with a brick, according to Korea Daily.

The African-American woman is described to be in her 40s and was standing in front of the entrance of an apartment building on 7th and Coronado Streets around 4 p.m. on Saturday, March 20.

According to the victim’s family, the suspect followed the victim for no apparent reason and struck him on the head with a brick. After knocking the Korean man unconscious, the woman then began kicking and hitting the unconscious victim, now lying in a pool of his own blood.

The victim’s daughter explained on her father’s behalf, “Someone shouted ‘Go back to China!’ And the moment I dialed the intercom number at the entrance of the apartment, I was beaten in the back of my head.”

Multiple witnesses called 911 and police were able to arrive on the scene expediently. The victim was taken to the emergency room at USC Medical Center.

The apartment complex’s CCTV system was able to capture the assault. Police quickly searched the area and arrested the African-American woman, according to Korea Daily.

The victim’s daughter continued to explain, “I was told by the police that the woman would be prosecuted, especially since my father’s injuries are severe. Oftentimes, perpetrators get away with beating up elderly Asian people.” 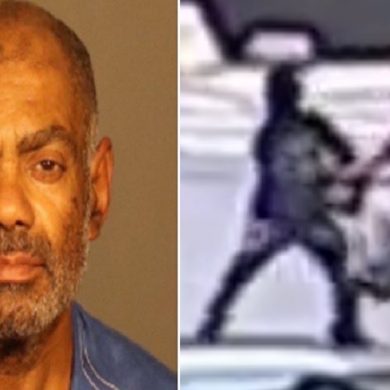