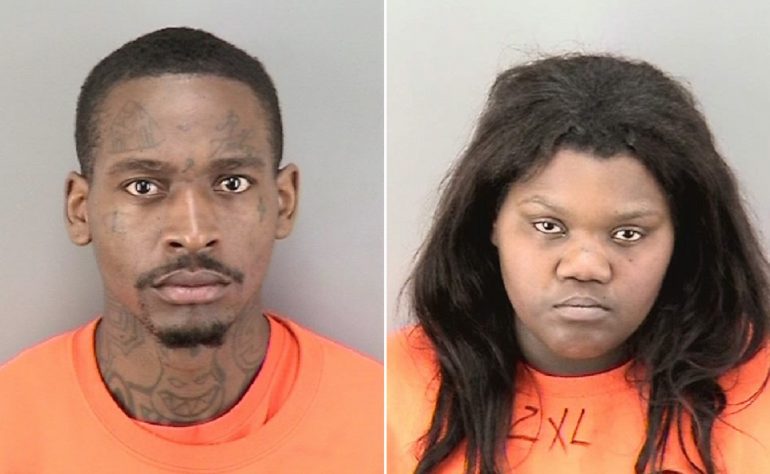 OAKLAND, California—Authorities have identified the suspect arrested in connection with the latest vicious assault and robbery of an elderly 75-year-old Asian man that left him on life support, according to KPIX 5.

26-year-old Oakland resident Teaunte Bailey has an extensive and violent criminal history and was on probation for a similar style attack and robbery that happened last June, reported KPIX 5.

Bailey was arrested by Oakland police just hours after committing the crime that left the elderly Asian man clinically brain dead. That attack happened just before 7 a.m. Tuesday morning, March 9, at the intersection of Jayne Avenue and Perkins Street, not far from Lake Merritt. Bailey was arrested after a high-speed chase and crash on 8th and Adeline Streets.

On Tuesday night at around 9 p.m., Oakland police confirmed an arrest in connection with the assault. Police also confirmed the 75-year-old Oakland resident was robbed, according to KPIX 5.

San Francisco Police Department confirmed that Bailey had been arrested back on April 4, 2020, with another robbery suspect, 24-year-old Oakland resident Melissa Taylor.

In that instance, Bailey and Taylor fled a robbery and were pursued by San Francisco police onto the Bay Bridge. When the pair were taken into custody on Treasure Island, an infant baby was found inside their vehicle, reported KPIX 5.

At the time of that arrest, Bailey was booked for felony charges of robbery, conspiracy, possession of stolen property, parole violation, child endangerment, and multiple counts of destroying evidence.

Representatives within Oakland’s Chinatown community told KPIX Wednesday that a bill currently making its way through the state legislature could make crimes like the Tuesday assault and robbery even more common.

“We need to consider how this law will affect people whether they’re committing crimes and especially those victims,” said Carl Chan, the president of the Oakland Chinatown Chamber of Commerce, speaking about Senate Bill 82.

It is a bill that was introduced last December by State Senator Nancy Skinner, who represents the Oakland area. It would only allow charges of petty theft in the case of a robbery where no one is injured and no weapons are used.

Chinatown representatives worry it could lead to an increase in crimes of opportunity against the elderly.

“After they are committing the first one, they may come back doing it over and over again until when they’re seriously committing a crime that will hurt people badly, or someone may die,” said Chan.

State Senator Skinner released a statement in response to the assault and robbery.

“My deepest condolences to the family and friends of the elderly gentleman who was brutally attacked yesterday in Oakland. Such an act of violence must be seen for what it is, and I’m deeply saddened by the recent increase in violent attacks on Asian residents in our community,” the statement read. “But I must set the record straight about my legislation, SB 82. SB 82 will not lessen penalties that should appropriately be charged against perpetrators who commit violent incidents such as the one that happened yesterday. The purpose of SB 82, which has the support of judges throughout California, is to clarify state law so that nonviolent cases of theft are not charged as violent felonies. Under SB 82, thefts like yesterday’s brutal attack, as well as any theft that results in great bodily injury, would remain violent felonies.”

Chan told KPIX the Chinese community is still reeling from yesterday’s attacks. He says the victim’s daughters are heartbroken.

“The daughters didn’t expect this to happen to their father, and absolutely not expecting anything could happen early in the morning,” Chan said.

Chan said he has been in contact with the 75-year-old victim’s three daughters who live back east. They told him their mother died a few years ago. Ever since then, their father has been living alone in an apartment in the same block where the attack happened.