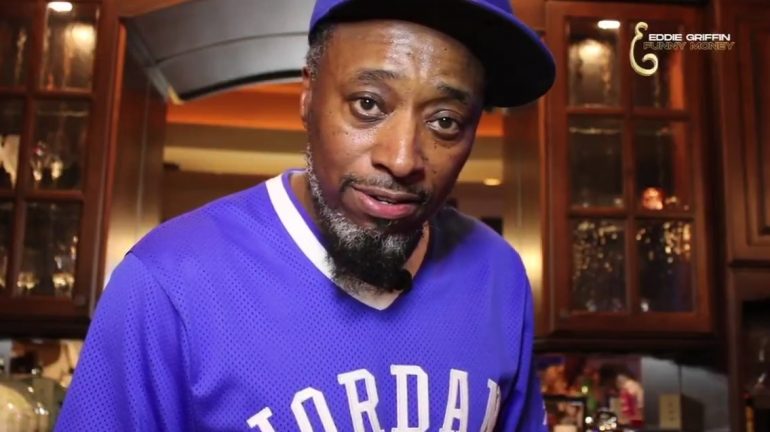 There is a growing movement within the African-American community that wants to claim every-single-Asian achievement was African, not Asian. From the foundation of China, Japan, Korea, Cambodia, Vietnam to India; these countries were founded by ancient Africans who were later betrayed and slaughtered by their subjects—Asians.

On his Instagram page, actor Eddie Griffin uploaded a post two weeks ago titled “1+1=3,” at 2:20 minutes into the post, he goes on to explain Buddha is actually African because his name doesn’t match any type of Chinese name he knows of—that’s because Buddha is from Nepal.

He then gives racist examples of Chinese names and points out Buddha’s facial features are African, not Asian. Griffin goes on to state China based its entire civilization and architecture on the “Egyptian Book of Mathematics.”

“Oh and the original Chinese are as dark as you and I,” Griffin continued. Eddie Griffin has over 1.2 million Instagram followers.

Books like Black People Invented Everything: The Deep History of Indigenous Creativity, by Dr. Sujan K. Dass, which has a 4.5-star rating on Amazon, claims every piece of technological achievement in the history of man were invented by Africans.

The book goes on to claim white and Asian people stole all their ideas from Africans and that Europe, America, and Asia owe all Africans (especially African-Americans) reparations.

Although these claims sound outlandish, there is a growing and alarming number of people who truly believe these are facts and that can be extremely dangerous. One form is critical race theory.

According to a source, the blowback for Asian-American organizations supporting the removal of critical race theory has been intense.

The message continued, “Asians have no white guilt and that makes them incredibly dangerous. They control many of the key technologies [we] need. Imagine if they decided to start a race war and cut Black people off? The only solution is to forcibly take away their advantage and redistribute their knowledge to various ethnic groups. This ensures a singular race does not hold such an advantage.”