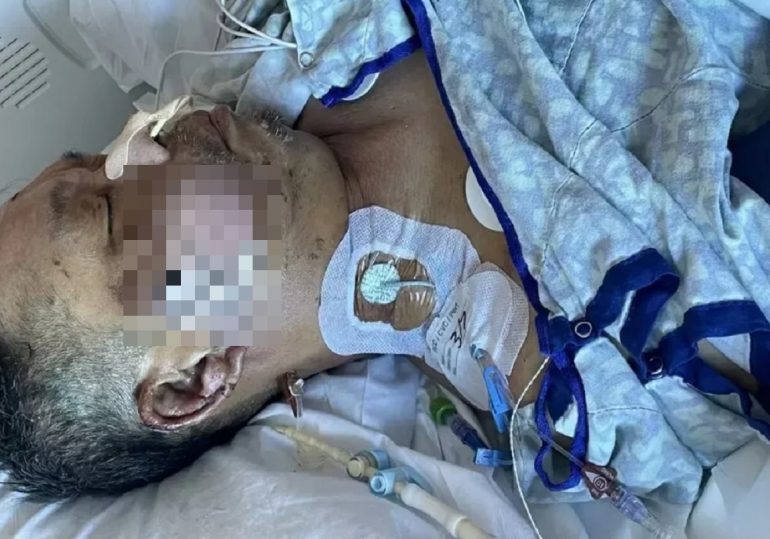 SYRACUSE, New York—A 54-year-old truck driver named Zeqiang Chen was seriously beaten during a routine delivery at Hong Kong Restaurant on East Eire Blvd in Syracuse, New York, late Monday night, March 1. His battered, frostbitten, and broken body was discovered under his truck the next day, according to sources.

Chen suffered serious head trauma along with severe bruising throughout his entire body as of Monday, March 8. He is currently lying in the intensive care unit at the local hospital. According to family members, Chen has regained consciousness, however, he is still unable to speak.

Syracuse police stated at around 6 a.m. on March 2, during a routine patrol, officers found Chen lying under a truck in the parking lot of Hong Kong Restaurant at 1640 East Erie Blvd. Police initially thought Chen was repairing some damage to his truck.

Upon entering the parking lot and circling back, they noticed Chen was motionless. Upon closer inspection, officers also noticed the truck engine was on, a door was open and the pedals, fuel tank cap, and front tires were stained with blood.

Officers immediately called for backup and soon after dozens of police vehicles converged into the restaurant parking lot.

Mr. Yang, the owner of the Hong Kong Restaurant, stated that he received a call from a garbage company early that morning, explaining they were unable to collect the garbage from his restaurant because of a massive police blockade. “They told me that it might be a fire in the restaurant, so I rushed to the store.”

“I received a call from the police on my way to the restaurant saying that someone was injured in my parking lot and wanted to check the surveillance video,” Mr. Yang explained. When he arrived at the restaurant, Yang saw a few pieces of clothing scattered beside a truck, a lot of blood, and a brick.

Both Mr. Yang and the police reviewed the surveillance footage, but unfortunately, the crime itself was not captured by his cameras. However, other surrounding businesses and witnesses stated they had seen several people/teens of African descent in the area around the time Chen was delivering his goods.

Mr. Chen immigrated to the United States from Hong Kong when he was only a teenager and worked as a truck driver for more than 20 years. On the first of every month, he delivers goods in Syracuse for the company he works for.

When Chen’s wife arrived to see her injured husband in intensive care, she nearly went into shock after seeing his injuries. His body was covered in severe bruises, his face was swollen from head injuries received by multiple assailants, and his face, hands, and body suffered from frostbite; making his skin turn black. Chen finally regained consciousness Sunday night, March 7.

No further information is available.