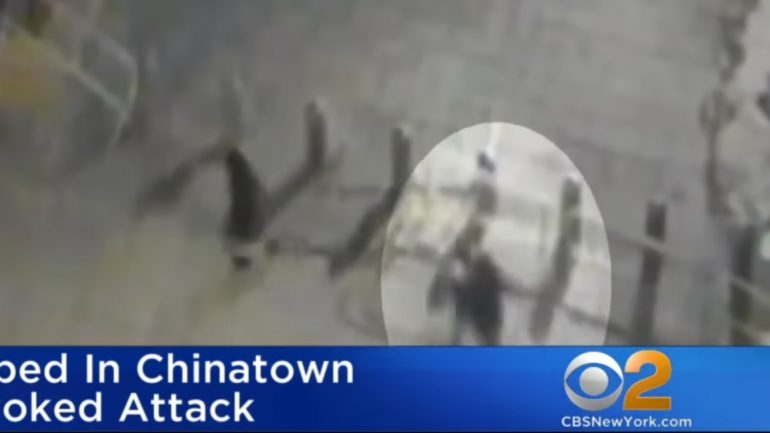 A 36-year-old Asian man was walking on the sidewalk and was approached from behind by a random African-American male and stabbed once in the back, according to the NYPD.

The vicious attack occurred around 6:15 p.m. in New York City’s Chinatown, Thursday evening, February 25. The attack is now being investigated as a possible hate crime.

23-year-old Salman Muflihi pulled an eight-inch knife and stabbed his 36-year-old victim while walking on Worth Street next to the Daniel Patrick Moynihan U.S. Courthouse. The reasoning behind the attack was that Muflihi “didn’t like the way he looked at him,” according to ABC 7.

Muflihi ran to a security guard outside the nearby Manhattan district attorney’s office building on Hogan Place, telling the guard, “I just stabbed someone. Where are the police at?”

He is charged with second-degree attempted murder as a hate crime, assault, forgery, and criminal possession of a weapon.

The stabbing was initially not considered a bias attack, but the charge was added after it was revealed that the suspect allegedly punched another Asian person in the head in Brooklyn in January, reported ABC 7.

Muflihi has three prior arrests for assaults and authorities say he appeared emotionally disturbed.

Earlier reports by ABC 7 were false. Muflihi appears to be Middle Eastern, not African-American.

Men Wanted For Questioning in Murder of NYC Couple

The victim’s condition is deteriorating. He is likely to die, reported CeFaan Kim.

Many media outlets are currently blaming the hundreds of recent attacks on Asians as a form of “white supremacy,” even though nearly all the perpetrators are African-American.