Elementary School Worker Beaten and Loses Part of His Finger

ROSEMEAD, California—Detectives are trying to determine if race played a factor or if it was some random attack at a Rosemead bus stop, according to ABC 7.

51-year-old Matthew Leung, who works at Gates Street Elementary School for over 20 years as a paraprofessional, was standing at a bus stop last week near Rosemead Blvd and Marshall Street and had a brief conversation with a man on a bike about the bus number.

About five minutes later, that very same man returned, grabbed Leung’s walking stick, and started beating him with it. Leung was injured so badly, he lost part of a finger, according to ABC 7.

Matthew suffered a head concussion, which required stitches.  In the process of shielding his face with his hand, Matthew lost a part of his finger.  A Good Samaritan found Matthew lying on the ground bleeding and immediately called 911.

A GoFundMe page has been set up to help Leung with his medical bills.

“This violence should never happen. It should never occur. I mean it was unprovoked. He was just sitting on a bus stop,” said Diane Yokoyama, a teacher at Gates Street Elementary School. Yokoyama and five others set up the GoFundMe campaign, which has raised more than $27,000 as of Thursday evening.

Though the motive of the assault remains unclear, this incident comes amid a surge in violent attacks targeting Asian Americans.

The Bay Area has recently seen a series of attacks targeting Asian-Americans, particularly the elderly. In one case, a 70-year-old Bay Area grandmother was slammed to the ground and beaten. There have been similar attacks in other areas of the country. 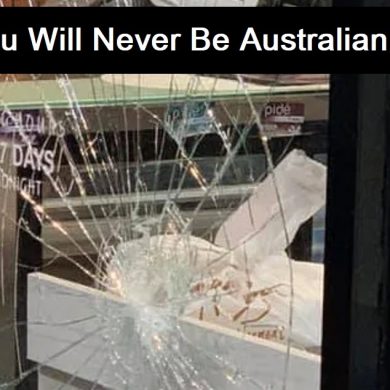