OAKLAND, California—A store owner in Oakland’s Chinatown ended up behind bars Monday night after using his handgun to fight off the latest string of violent crimes in the neighborhood, according to CBSN Bay Area.

At about 5:30 p.m., a liquor store owner saw a Caucasian woman being robbed of her camera at the corner of Ninth and Franklin. After seeing the woman knocked to the ground, the owner ran out with a gun, ordering the assailant to stop, and reportedly fired four shots.

The suspect fled in a vehicle, but when police arrived, they took the business owner into custody.

“When I talk to the entire community they feel sad that someone is trying to help others and ends up to be the one arrested or being in custody,” said Carl Chan.

As head of the Chinatown Chamber of Commerce, Chan has been working to calm nerves at the same time he is appealing for more police presence in the area. Armed security guards are already patrolling the streets, funded by donations from the public. Chan worries that without more cops, other business owners — like the man who was arrested Monday — will seek to deal with the problem themselves.

“So, I think many of the people feel strongly that we should be supporting the store owner,” Chan said.

But he knows what will happen if his community becomes a place where safety can only come from the end of a gun, according to CBSN Bay Area.

“I am so worried because I heard the news that many people are trying to find ways to protect themselves,” Chan explained. “And we do not believe that violence against violence is the way to go.”

“Our message really is that we don’t want to see our business owners or others begin to arm themselves,” said Armstrong. “We would really prefer them to be good witnesses and give us the observations that they have; share that information, call law enforcement immediately and let OPD respond and follow up. What we really don’t want to do is bring any additional issues that threaten safety into the equation.”

Armstrong noted that officers often times are challenged when they have to determine who the suspect is when encountering armed citizens who are trying to intervene in a situation.

“Particularly, we don’t want people to fire weapons into our community. When weapons are fired in our community, there could be unintended victims; people who are hit by gunfire. And we want to avoid that as much as we can.”

Chief LeRonne Armstrong has shown his racial bias in a recent interview with ABC 7 on February 9, 2021, when reporter Leslie Brinkley asked him a simple question.

Do you believe bigotry or racism is a motivating factor in the recent attacks on Asian Americans in Chinatown?

Chief Armstrong responded with, “I will say that we know suspects have come to Chinatown to specifically target Asian victims.” It seems affirmative action also plays a role in the hiring of police chiefs in the city of Oakland.

What do you call a person who specifically targets a certain ethnic or racial group?

Definition of racism: prejudice, discrimination, or antagonism directed against a person or people on the basis of their membership in a particular racial or ethnic group, typically one that is a minority or marginalized. 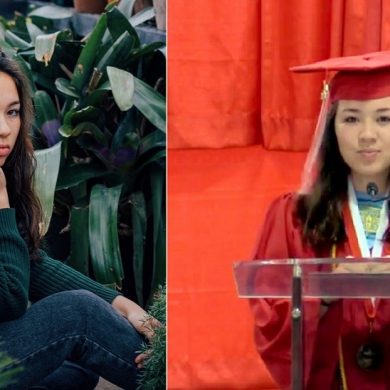