Both parties voted along party lines with 164 Republicans voting against the resolution. The Republicans dismissed the measure as “woke culture on steroids,” and accused Democrats of attempting to extend their efforts to rebuke President Trump months before the November election, according to Newsweek.

The anti-Asian resolution passed by 244 – 164. Only 14 Republicans voted for the measure.

On paper, the resolution does nothing. All it does is “call on all public officials to condemn and denounce any and all anti-Asian sentiment in any form.” Although symbolic, the Republicans won’t be winning any new votes from the Asian-American community.

Democratic Rep. Mark Takano of California called the Republicans “disgraceful” and accused the president of “fueling racism and inspiring violent attacks on Asian-Americans and Asian immigrants.”

House Republicans defended their vote by insisting Trump’s aggression was toward the Chinese government and not to Asians or Asian-Americans. In March 2020, President Trump did hold a separate press conference and specifically said, “It is very important that we totally protect our Asian-American community in the United States and all around the world.”

Republican House Minority Leader of California stated, “At the heart of this resolution is the absurd notion that referring to the virus as Wuhan virus or the China virus is the same as contributing to violence against Asian-Americans, which I will tell you no one on this side of the aisle supports.” 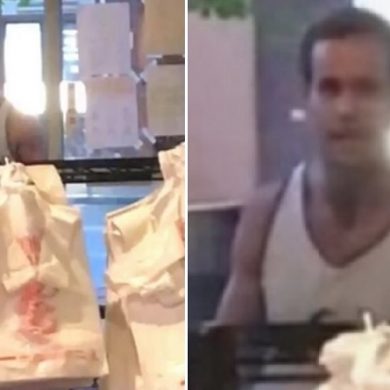 David Altomare May Be Charged with a Felony Hate Crime