Another Asian Senior Robbed in Broad Daylight After Being Followed 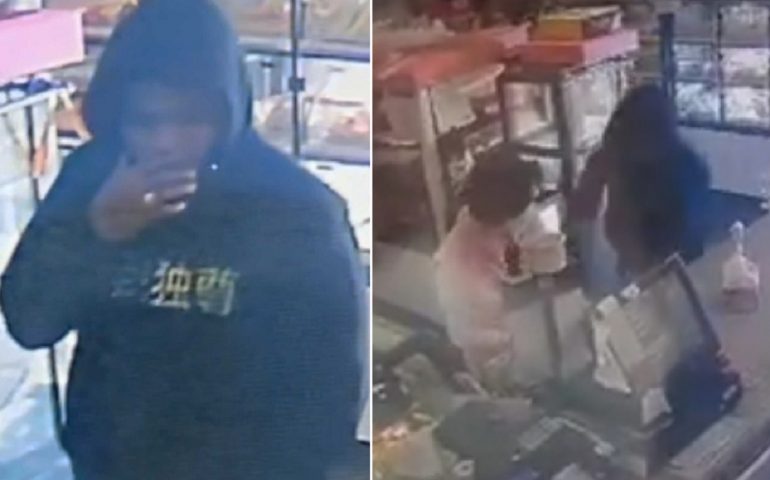 ROWLAND HEIGHTS, California—This strong-armed robbery happened at Ni Ni Bakery on Colima Rd. on Thursday, February 11, 2021. The victim was then given the runaway by local authorities.

“My mother was robbed in broad daylight around 1:45 p.m. at Ni Ni Bakery on Colima. She was targeted and followed after making a withdrawal from Cathay Bank on 1250 Fullerton Rd, City of Industry,” explained the son, who would like to keep his identity confidential. We will refer to him as Victor.

“She went to Ni Ni Bakery after to buy bread for the family. My mother is in her 50s. She was thrown to the ground and had her purse snatched while her elbow was still interlocked. Please be on the lookout for a gray/ silver Honda Civic license plate ending in 907. The suspect is an African-American male who also had an accomplice driver. After the robbery, the suspect turned right on Colima heading towards Nogales.”

Victor continued to state, “Credit card was attempted to be used not long after at Ontario Footlocker.”

“A police report has already been made with the Sheriff Department here in Walnut. I’ve also spoken with the Ontario Footlocker manager. I was told they are unable to disclose any information unless police stepped in.”

Footage of the robbery

“I called the Sheriff Department giving them the info about the credit card being used at Footlocker and was told since it is Ontario jurisdiction, Ontario PD would have to investigate. After calling Ontario PD, I was given the runaround,” Victor stated.

“Basically saying they are unable to pursue this case since the crime happened in Rowland Heights. I will get in touch with both departments later today to try to get to the next step as to what to do in the investigation. No CCTV footage around was able to capture the license plate, however, a witness was able to get the last 3 digits of the license plate. 907. My mother has since canceled all credit cards.”

Footage of the incident was recorded by Victor off the Ni Ni Bakery’s manager from a CCTV app on her phone. Victor has since made a new case with the Walnut Sheriff Department regarding the fraud incident at Ontario Footlocker.

This is just one of dozens upon dozens of incidents of Asian senior citizens being targeted to-and-from banks or simply assaulted for being Asian. Victor implores all Asian-Americans to be extra vigilant and to be mindful of their surroundings. These are different times. Defunding the police have claimed its first set of victims. Asians.