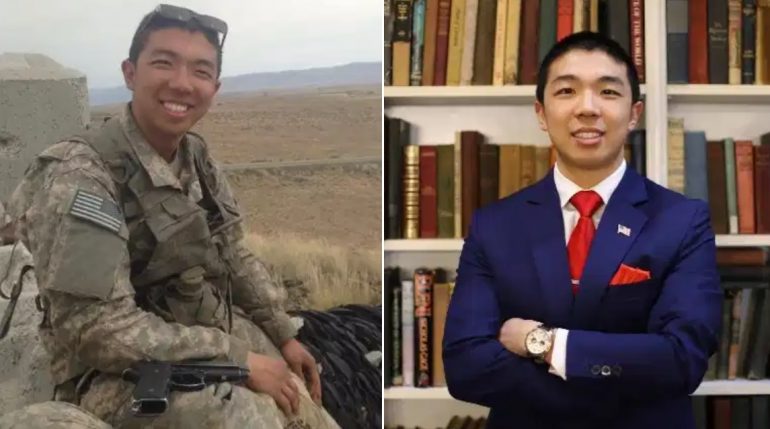 His name was Kevin Jiang. He was a 26-year-old graduate student at Yale University and U.S. Army veteran who was killed in a shooting in New Haven, Connecticut, on Saturday, February 6, 2021, according to Heavy.

A Seattle native, Jiang recently proposed to his girlfriend and penned a heartbreaking post about her on Facebook, was shot about 8:30 p.m. near Lawrence and Nicoll streets in the East Rock neighborhood of the city, New Haven Police said in a statement.

Jiang served in the Army as a tank operator and was a member of the Army National Guard at the time of his death. He was studying environmental science at Yale, according to Heavy. On his profile header, “Life is a gift that I am so thankful for.”

“My office has been in close contact with members of Kevin’s family. I wish to convey to them and to all others who loved Kevin my sincere condolences,” Yale University President Peter Salovey said in a message posted on the university’s website. “Kevin was an extraordinary young man; the School of the Environment will be holding a community gathering later today and will be planning additional remembrance events that will be posted on the school’s website.”

Salovey added, “The New Haven Police Department is treating this incident as a homicide and is actively working on apprehending the person or people responsible.”

Detectives are investigating if the read-end crash preceded the shooting. Neighbors told the New Haven Independent at least seven shots were fired. Police said they are following leads on the vehicle used by the shooter or shooters, the news site reports, according to Heavy.