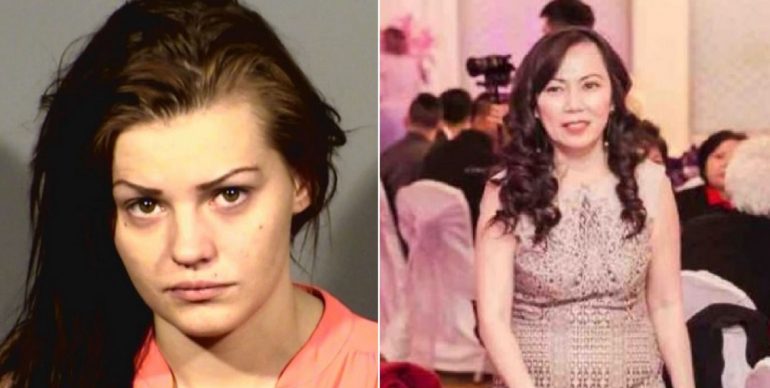 LAS VEGAS, Nevada—A Las Vegas woman was sentenced Friday to 10 to 25 years in prison for murdering a nail salon manager with a vehicle while trying to skip out on a $35 manicure.

According to friends, Nguyen often worked 12 to 14 hours a day, seven days a week.

Christy Le said relatives from Orange County, California, traveled to Las Vegas to visit her mother shortly before her death, according to Las Vegas Review-Journal.

“Quality time was something my mom would have been anticipating for a long time,” Le told a judge on Friday. “No one would have known, though, that the rare occasion that our family gathered for my mom’s sake would be our final moments with her.”

Police said Whipple tried to pay for her manicure with a fraudulent credit card before telling Nguyen that she was going to her car to get cash.

Man Charged with Murdering a 59-Year-Old During a Robbery

Nguyen and her boyfriend followed Whipple into the parking lot, where Nguyen was struck and dragged 50 feet by Whipple’s black Chevrolet Camaro outside of Crystal Nails & Spa, 4983 W. Flamingo Road.

Investigators later found out Whipple had stolen the Camaro from a rental agency.

Authorities said Whipple fled to Boulder City and then Los Angeles before surrendering to police in the Phoenix suburb of Glendale, Arizona, almost two weeks after Nguyen’s death, according to Fox 11.