For anyone unaware of him, Andy Ngo is an American journalist who spent years reporting on Antifa’s activities in Portland, Oregon. In the summer of 2019, while reporting on an Antifa rally, Ngo was viciously attacked by a mob who recognized him.

While attempting to stop him from reporting, members of Antifa seriously injured him, resulting in injuries that saw Ngo hospitalized with a brain hemorrhage. It was one of the first moments people saw the reality of the far-Left organization and their violent tactics.

Soon after, Anita launched an all-out smear campaign against Ngo. You would think labeling a gay Asian-American journalist whose family immigrated to the United States for a better life would be difficult?

Nope. They called Andy Ngo a “white supremacist” and created a narrative he was in league with the Alt-Right, far-Right, and a member of the “Proud Boys.” Subsequently, any Asian man that remotely resembled Andy Ngo in the Portland, Oregon area was immediately harassed and threatened.

Random Asian man mistaken for Andy Ngo by racist liberals and instead of apologizing, made the Asian man look like the bad guy for being angry.

Remember, you are either with the Left or you’re with the enemy. There is no third side, no grey area.

This week the activists of Antifa returned to one of their favorite targets: the journalist whose factual reporting seems to get under their skin so much. Learning of the imminent publication of Ngo’s book they began a campaign to try to force bookstores in America not to stock Ngo’s book, according to UnHerd.

Their targets included Powell’s bookstore in Portland, where a group of Antifa protested this week, screaming at management and causing the bookstore to close as a safety precaution. The shop pleaded for mercy, insisting in a published statement that “This book will not be placed on our shelves… We will not promote it. That said, it will remain in our online catalog. We carry a lot of books we find abhorrent, as well as those that we treasure,” reports UnHerd.

Fear tactics aren’t working because regardless of what Antifa is doing, Ngo’s book will be sold on Amazon. The book is already an online bestseller.

But remember, forget the fact the mainstream media refused to report on the hundreds of Asian-owned businesses that burned down and vandalized in 2020. That’s just “propaganda.” The real issue is a gay Asian-American journalist who is a member of “Proud Boys,” aggressively reporting on Antifa. That’s the sin that’s being committed. 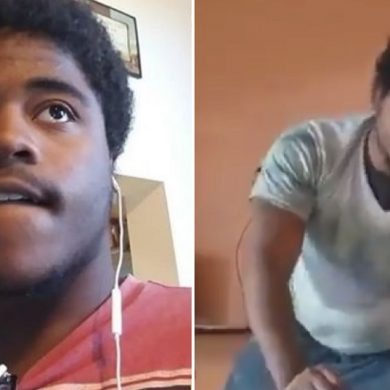