Ph.D. Student One of Three People Murdered By Gunman in Chicago 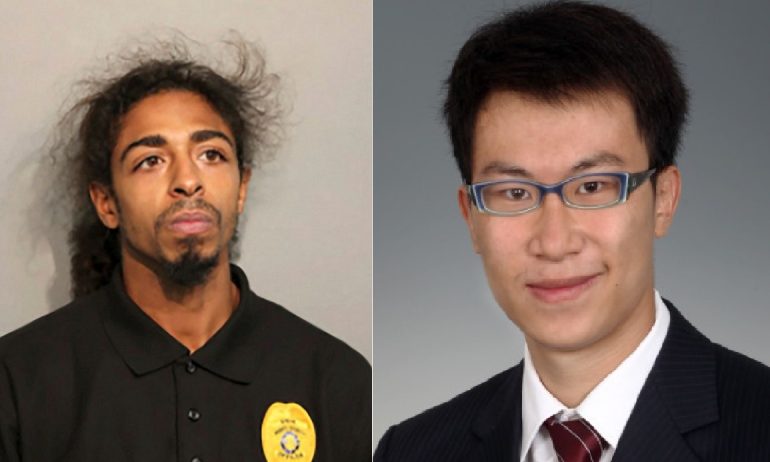 CHICAGO, Illinois—30-year-old University of Chicago Ph.D. student Yiran Fan was shot and killed while sitting inside his car in a parking garage on the 5300 block of South East End Avenue at around 1:50 pm, according to WGNTV.

Fan’s murder kicked off an hourslong shooting spree, which eventually took the lives of three other people, including the gunman, 32-year-old Jason Nightengale on Saturday, January 9. “I’m going to blow up the whole community,” was one of many video recordings Nightengale posted online, including rants about Satan.

Nightengale’s Facebook account was taken down Sunday, but not before his recordings were circulated by netizens. In one recording, Nightengale can be seen outside with a black hoodie pulled over his head and part of his face covered. He took the video of a parked SUV and said, “I’m lookin’ for somebody by theyself, you know what I mean, walkin’ to they car. Might be this guy. I might jack his a–. He look like a problem. He look like a problem for me. I don’t need no problem,” according to the Chicago Sun-Times.

Yiran Fan was a Ph.D. student in a joint program of the Booth School of Business and the Kenneth C. Griffin Department of Economics. According to UChicago News, Fan came from China to study in the United States.

He previously earned an MS degree from the University’s Financial Math program. He was in the 4th year of the Joint Program in Financial Economics and was hoping to propose his dissertation later this year. His family in China has been notified of this painful news, no further details are available, according to UChicago News.

“This sudden and senseless loss of life causes us indescribable sorrow. In the days ahead we will come together as a community to mourn, and to lift up fellow members of our community in this difficult and very sad time. Please join us in wishing consolation and healing for our student’s loved ones.”

Timeline of Events by WGN9 News:

30-year-old University of Chicago PhD student Yiran Fan is shot and killed while sitting inside a vehicle in a parking garage on the 5300 block of South East End Avenue.

After going to a nearby apartment building on the 4900 block of South East End Avenue, the gunman asked to use the phone in the lobby before opening fire.

Door guard 46-year-old Aisha Newell was fatally shot in the chest and back. A 77-year-old woman who was checking her mail at the time was shot in the head and remains in critical condition.

He then entered a building about a block away on the 5500 block of South East End Avenue where he pulled a gun on someone he knew before taking the man’s red Toyota and driving off.

After announcing a robbery at a store on the 9300 block of South Halsted Street, the gunman shot 20-year-old Anthony Faulkner in the head, killing him, and shot a 81-year-old woman in the back and neck. The woman remains in critical condition at Advocate Christ Medical Center.

A vehicle driving on the 10300 block of South Halsted Street was suddenly struck by gunfire, shattering a window and striking a 15-year-old girl in the back seat. The teen is in critical condition at Christ.

Shots fired at police after gunman returns to Brainerd store

Police believe the gunman then returned to the scene of the shooting at the South Side store and fired shots at officers there, striking a CPD vehicle. There are no reports of any injuries.

Police say he then drove north to Evanston, where police received calls of a man with a gun and then shots fired at a CVS located at the intersection of Asbury and Howard. Nobody in that store was injured.

The gunman crossed the street to an IHOP, where he took a woman hostage and shot her in the neck. She was taken to St. Francis Hospital and is in critical condition.

After reportedly shooting the hostage, the gunman crossed the street and was confronted by Evanston and Chicago police. During a shootout in the parking lot of a Dollar General store he was shot, and later pronounced dead at St. Francis hospital. No officers were hurt.