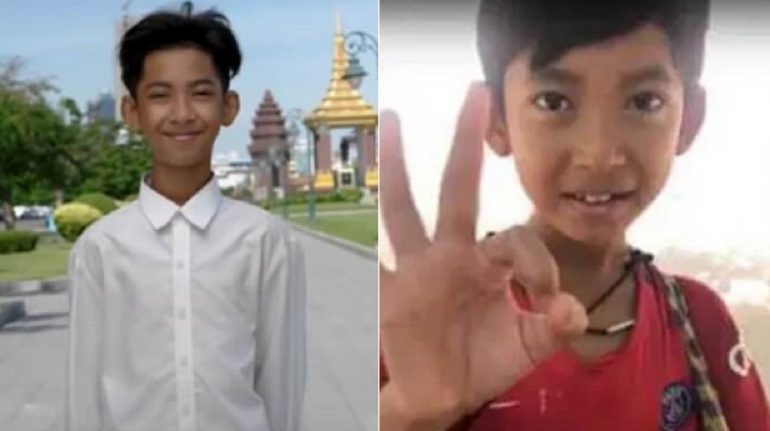 Back in 2018, a Cambodian boy went viral after a tourist posted a video of him speaking 16 languages to sell souvenirs. Many people were astounded by Thuch Salik’s polyglot skills when he transitioned into multiple languages during a conversation with a tourist in Angkor, Cambodia. He soon became a local celebrity.

One of the people who saw Salik’s viral video was Dr. Chen Junwei of the Hailiang Education Institute in Zhejian, China, who invited Salik to attend the school. Initially, Salik’s family turned the offer down because they were $60,000 in debt and needed Salik to work and help support the family, according to CNA Insider. However, his parents were eventually convinced and allowed Salik to go to China.

Things were rough for the young Cambodian at first. His basic educational knowledge was lacking compared to other kids in school. However, Salik quickly caught up and is currently studying Mandarin, mathematics, painting, and psychology.

After Salik’s video went viral, a benefactor eventually paid off his family’s debt and helped them set up a clothing shop in Phnom Penh.

Due to the coronavirus pandemic, Salik was not able to return to China this year after visiting his family in Cambodia for vacation. However, he’s still taking classes online and has stated he has big plans for the future.

Aside from studying hard, Salik just signed with a talent company in Cambodia to help him become a social media star. He’s also expressed interests in future business ventures involving import/exports between China and Cambodia in hopes of creating a better relationship between the two countries.

“In the next five years, if I were to guess,” he said. “I think I would become a businessman who brings in advanced technology and new things from overseas. I will create things to bring into Cambodia. Exports and imports to build the friendship between Cambodia and China as well.”