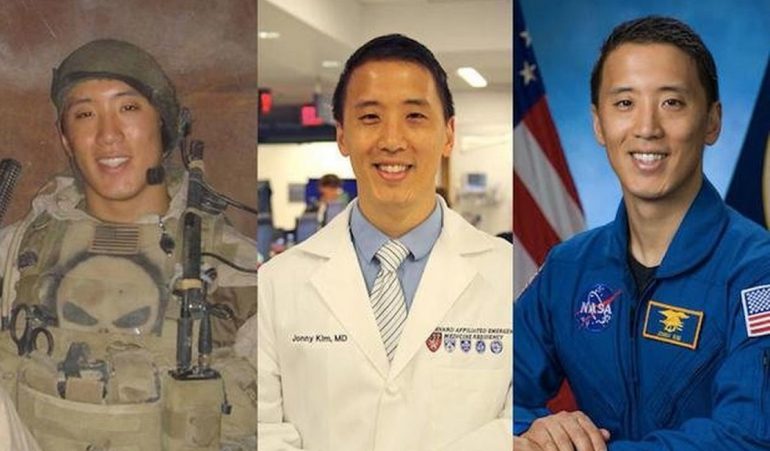 36-year-old Asian-American Jonny Kim, who was once a Navy Seal and a doctor (Harvard Medical School), will join NASA’s 2024 missions to walk on the moon, according to the BBC.

Vice President Mike Pence introduced Kim and other members of NASA’s Artemis Team on Wednesday, December 9, an 18 astronaut team who will help pave the way for the next astronaut missions on and around the Moon as part of the Artemis program, according to NASA’s Artemis press release.

The goal of Artemis is to land on the moon by 2024 and establish a sustainable human presence on the moon by the end of the decade. The Japanese Ministry of Education, Culture, Sports, Science, and Technology will be building the advanced habitation modules and logistics outposts for NASA in the coming years.

JAXA (Japanese Aerospace Exploration Agency) in conjunction with Toyota Motors will be designing the new Lunar Cruiser for the joint Moon mission with NASA. Toyota representatives, which named the Lunar Cruiser after their famous Land Cruiser stated, “quality, durability, and reliability expected of the pressurized lunar rover, and the concept that Toyota has long held to for the Land Cruiser, which was for people to ‘come back alive.’”

Back to Jonny Kim. He originally started off as a seaman recruit. He later went on to sign up for two years of grueling Seal training before finally becoming a full-fledged Navy Seal.

He graduated from Harvard in 2016 and was then selected by NASA to join the Astronaut Candidate Class in 2017.

Feature Image via The Philadelphia Inquirer