One Year Later: Have Things Changed for Colour Nails?

CHICAGO—Early September 2019, community activist, Tyrone Muhammad vandalized Colour Nails near 83rd Street and Stewart Avenue. The act was a culmination of multiple reports of black women being disrespected by the establishment.

Customer Charmaine Jones told WGN 9 the employees of Colour Nails told her to leave the store.

“He told me to get out of his chair. He’s not doing my nails. I change my mind too much,” Jones said.

Smartphone video only captured a part of what happened to her as she left. As Jones proceeded to walk outside, the owner allegedly started to “push me, shove me, and hit me and attempted to bite me.”

Witnesses alleged Jones would often intentionally make multiple changes to her request mid-job in an effort to justify paying less by stating how “unsatisfactory” she was with the work.

The salon also had problems with customers running out without paying and playing the victim when confronted by employees or the owner.

The very next day, Muhammad showed up to the store, warned everyone to get out, and proceeded to throw bricks at the store’s front windows; shattering all of them.

“If you see the tape, you’ll see me going in warning the sisters to clear this area,” Muhammad said. “We’re pretty much at this point commandeering this place and any neighborhood store that disrespect our women and children.”

Muhammad was immediately arrested on site and charged with misdemeanor criminal damage to property.

However, community members soon raised over $34,375 on Muhammad’s GoFundMe page to bail him out of jail and help with legal fees.

Community activists staged boycotts and protests following the series of incidents in recent months at the nail salon back in 2019. Former customers uploaded videos of a worker repeatedly putting his hands on a female customer, grabbing a wallet. The owner was taken into custody, but the case was thrown out, according to WGN 9.

These types of incidents are not uncommon. There are hundreds of cases of customers throughout the United States walking out without paying for services rendered, pepper-spraying nail technicians and running away without paying, demolishing entire stores because customers wanted a refund after getting their nails done.

Nothing has changed. In most cases, it’s actually gotten worse. 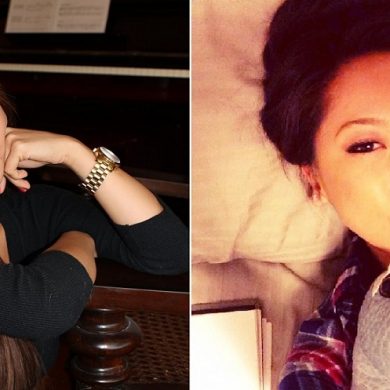