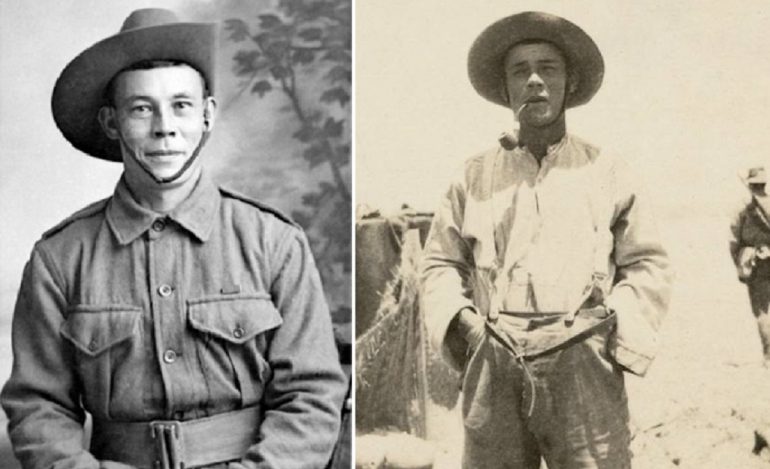 Billy Sing achieved more than 200 kills during his deployment as a sniper in the trenches of Gallipoli, Turkey in World War I. His deadly bullseye during the Gallipoli Campaign was legendary and earned him the nicknames “the Assassin” and “the Murderer” from his comrades, according to ATI.

One of Sing’s most famous duels would be against Abdul the Terrible, an equally deadly and prominent marksman for the Ottoman Empire.

Born William Edward Sing to a Chinese father and an English mother in 1886, he grew up in rural Queensland, Australia with his parents and two sisters. His family was extremely poor and Billy had to work hard from a very young age to help his parents feed their family of five. To earn a living, Sing would help with his family’s small garden and deliver fresh produce like vegetables and milk to paying customers, according to ATI.

When World War I broke out in 1914, Billy Sing immediately enlisted in the Australian Imperial Force (AIF). Anti-Asian racism was particularly high among Australians at the time, but because Sing was among the first candidates to sign up for the army, he escaped racial discrimination that would later plague the army’s recruitment program, which prevented many non-white Australians from joining the military.

Sing was later accepted into the 5th Light Horse Regiment and shipped to the Gallipoli peninsula (Turkey) in 1915. Many of Sing’s comrades later recalled him being a “stone-cold killer,” and explained he showed no mercy to his enemies.

“Every time Billy Sing felt sorry for the poor Turks, he remembered how their snipers picked off the Australian officers in the early days of the landing, and he hardened his heart,” Private Frank Reed, a fellow Australian soldier recalled. “But he never fired at a stretcher-bearer or any of the soldiers who were trying to rescue wounded Turks.”

In his book, Lurking Death; The Stories of Snipers in Gallipoli, Sinai and Palestine, Ion Idriess, Sing’s comrade, described him as, “a little chap, very dark, with a jet black mustache and a goatee beard. A picturesque looking man-killer. He is the crack sniper of the Anzacs [Australian and New Zealand Army Corps].”

There is still an ongoing dispute over how many Turks Sing killed. In Idriess’ book, he stated Sing killed at least 150 men in three months during the Gallipoli campaign. Others estimated Sing killed close to 250 men with his Enfield rifle.

Regardless of the exact body count, the Ottoman Turks dubbed Sing the “Mother of Death.” The Turkish Order labeled Sing’s sniper rifle gave “birth to bullets which destroy the lives of men,” according to ATI.

The Ottomans sent their greatest sniper, Abdul the Terrible after Sing. The duel wasn’t much of a duel. Sing spotted Abdul while he was digging a fox hole and shot him dead forthright. However, Sing barely survived after killing Abdul, since firing his weapon gave away his position. He had to dodge a hail of gunfire from Turkish troops while escaping.

Bill Sing passed away in 1943 at the age of 57 from heart failure. Toward the end of his life, he was almost broke living in a boarding house in Brisbane, Australia after failed businesses and health issues he suffered from injuries he sustained during World War I.

Sing’s grave at Lutwyche Cemetery was left unmarked for 50 years until historian Brian Tate revealed Sing’s incredible life story in the local newspaper. Soon after the story broke, a marker was placed on his grave to commemorate his heroism.