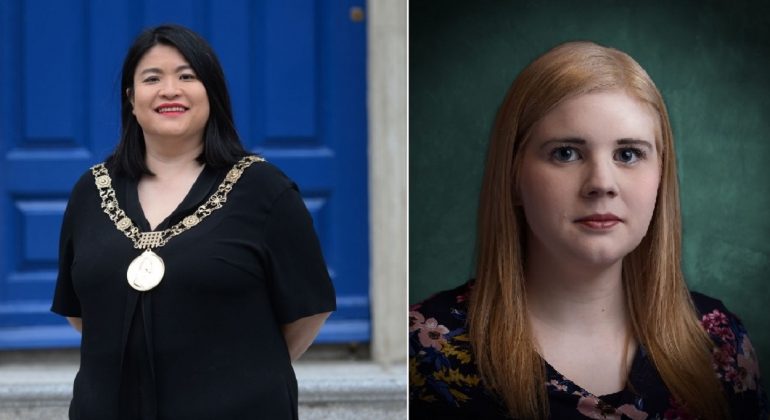 DUBLIN, Ireland—Hazel Chu was elected to Lord Mayor of Dublin following the Irish 2020 general election, according to The Irish Post.

The Green Party chairperson, Chu was born in Ireland to Hong Kong parents and has been subject to harassment from racists and far-right activists in the past, including Justin Barrett, leader of the National Party.

“She is an Irish citizen, I accept that, that is the law until we get the law in our own hands,” Barrett stated in a now-deleted video back in September 2019.

This week, a Twitter account allegedly belonging to Justin Barrett’s wife, Rebecca Barrett, replied to a Tweet from Mayor Chu where she wrote she was up late watching the US Election results, according to The Irish Post.

“Justin and I are still up too, Hazel. And we’re getting hungry. Since you’re up anyway, we’ll have a sweet and sour chicken, a Szechuan beef and two fried rice please. No bat.”

Mayor Chu replied to the now-deleted Tweet, “I’d love to Rebecca but I called my mam to put your order in and sadly she said we don’t serve racists or trolls.”

“It’s nice you like our cooking so do come back again to try and order when you’ve learned some manners. Good that you decided to lay off the bats though.”

Mayor Chu later posted a statement, thanking people for their support and urged everyone to call out racism when they see it. “If you see someone racially abused please don’t ignore. It’s an issue for us all.”

“It’s not good enough to be not racist, we need to be anti-racist.”

“Ireland is not a racist country,” Chu continued, “but there is a minority of people that are very loud.”

“Ireland belongs to us all regardless of background or nationality, after all the Proclamation of Independence itself states ‘cherishing all the children of the nation equally and oblivious of the differences,'” Chu Tweeted.

Feature Images via The Irish Times & The National Party