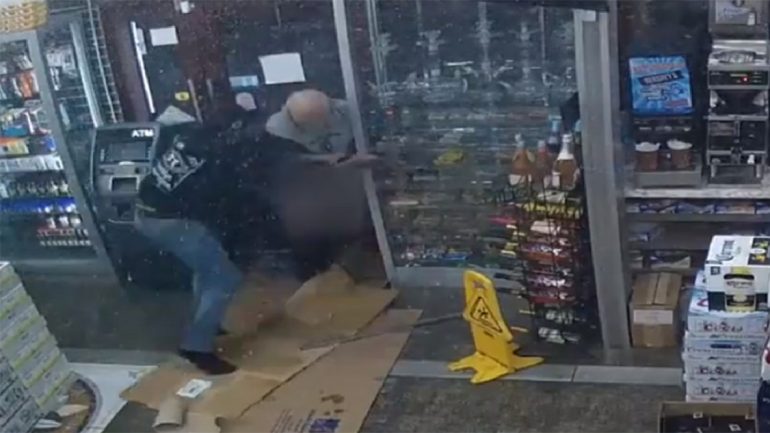 Two store employees pushed the suspect out of the store when he started acting unruly. Cohen left and went across the street to a beer shop and asked a worker, Chris Hanlon, for help and to call 911, according to ABC 7. Hanlon, who had no idea Cohen had been kicked out of the convenience store, stated he didn’t look good.

“He looked like he was in the middle of a medical emergency, like a stroke,” Hanlon said. “I called and turned around, and he walked off.”

According to ABC 7, Cohen returned to the store and shot Tarwala once in the stomach. Cohen then fired at a second employee but ended up missing.

That’s when off-duty officer Jason Maharaj, who was inside the store, tackled Cohen, disarmed him, and held him down until responding officers arrived.

“He sees the individual with a gun, makes a tactical decision, tackles the individual, gets the gun, holds him for responding police officers,” NYPD Commissioner Dermot Shea stated.

Tarwala was rushed to Jamaica Hospital Medical Center, where he later died from his injuries.

“He was really a nice guy, always polite,” customer Isah Mohamad told ABC 7. “Every time I came in here to buy something, he always hooks me up, treats me nice, all the customers.”

According to witnesses, Cohen had been living in a blue minivan parked behind the convenience store. Charges against Cohen are pending the outcome of the ongoing investigation.

Cohen has prior arrests. In 2000, he was involved in a robbery where he pushed his victim through the front window of a Waldbaun’s supermarket. Assault in 1982, when he hit someone across the back with a chain. Both incidents occurred in Queens, according to ABC 7.