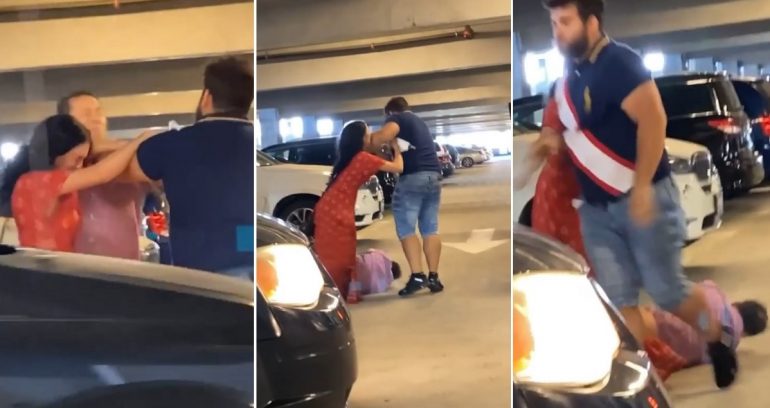 The attack occurred inside the parking structure of The Source, a high-end shopping plaza in the heart of Buena Park, California—a few miles north of Knotts Berry Farm. The neighborhood is heavily populated with Korean-Americans and considered “safer” than other surrounding neighborhoods because of the demographics.

Instagram user Sarah Chung filmed the incident on Wednesday, October 21. These are her words.

“This crazy man was exiting The Source OC parking garage and was supposed to wait for those entering the parking garage first. He didn’t wait and almost caused a car accident, and so the person getting hit in this video, honked at him. The crazy guy got mad that he got honked at (even though it was clearly his fault) and made a crazy uturn and followed the Korean Asian man into the parking garage. When they got out of the cars, the crazy guy hit the Korean man and kicked him to the floor. He left right away and left the poor man on the floor.

The man was struggling to get up and as the crazy guy was driving away, he shouted “STUPID ASIAN!” (Which I couldn’t get on video).”