Asian “Karen” Refuses to Share Elevator with a Black Man 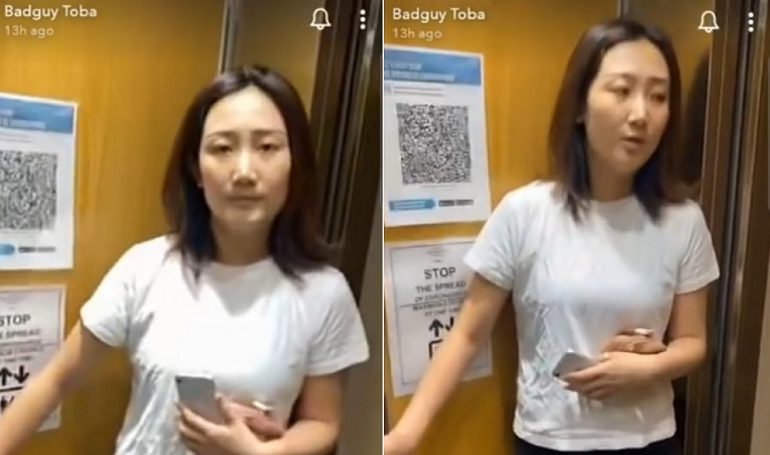 The video of the incident appeared on YouTube on October 16, 2020. The recording was made by London-based promoter Badguy Toba. The footage shows an Asian “Karen” declining to shut the elevator door once the two are in the elevator together. She later asked Toba to leave.

“It says there are two people,” Toba said in the video, zooming in on a sign that says only two people at a time are allowed in the elevator to decrease the chances of spreading the coronavirus.

“This is kidnapping,” Toba continues. “Holding someone without their f*cking will,” he repeatedly says to the Asian woman. “Let the lift got!”

“You’re going to be famous today,” Toba said to the woman, who still continues to hold the elevator door open.

Toba later asked why the woman keeps holding the door open and she simply responds, “You have to go out.”

“She doesn’t want to lift to go because I’m in the lift” Toba commentates to the camera. “That’s not true,” Asian Karen replied while calling him “rude” and then claims Toba said she had “corona.” If you hear carefully, Toba starts things off by insulting her first.

“I said it!?” Toba responds, “Now you want to put lies. You think if you had corona, I would be in the lift with you? Continue lying!”

The Asian woman eventually pressed the alarm button. However, she later ends up leaving the elevator after another woman enters.