The majority of Asian-Americans in the United States consider themselves Democrats. They love to make speeches about fighting “white supremacy” and uniting with their fellow minorities to help bring down “systemic racism” controlled by “white supremacy.”

Okay, not here to judge you on your views. However, you are not being philosophically consistent with your beliefs if you support Hong Kong independence. Protesting the separation and independence of Hong Kong is supporting what the Europeans and Americans always wanted, a divided China.

It is important to mention there was never democracy in Hong Kong during Britain’s 156 years of colonial rule. The same country, which lost control of the American colonies in 1783 because basic human liberties were not given to the population. Also, the same country which denied basic human rights to the subcontinent of India during their occupation and was forced to leave in 1947. Every governor of Hong Kong was British and appointed by Hong Kong’s colonial masters in England.

By international standards, the acquisition of Hong Kong was illegal by any stretch of the imagination. The British Empire was illegally smuggling in over 5 million tons of opium a year into China. In the spring of 1839, Chinese authorities confiscated and destroyed over 20,000 chests of opium (1,400 tons) in a warehouse in Canton (Guangzhou), according to Encyclopedia Britannica.

This gave England the perfect excuse to invade China and take Hong Kong.

This confiscation caused the British to become very bitter and soon after, drunken British sailors murdered a Chinese villager. The British wouldn’t allow their citizens to be tried in a Chinese court, which angered the Chinese even more. Later, British warships destroyed a Chinese blockade of the Pearl River (Zhu Jiang) in Hong Kong. The First Opium War broke out and within a few years, the British forced the Chinese to sign over Hong Kong. The Second Opium War later broke out, resulting in another Chinese loss, which then resulted in China signing over a 99-year lease of the Kowloon Peninsula.

According to Margaret Thatcher’s memoirs, The Downing Street Years, she stated Deng Xiaoping threatened her and England with military action if they did not give Hong Kong back. “He said that the Chinese could walk in and take Hong Kong back later today if they wanted to,” wrote Thatcher. A white supremacist nightmare. Watching the bodies of dead British soldiers being dragged by inferior dirty Chinese soldiers.

A Republican President Apologized and Paid Reparations to Japanese-Americans

Do you think the West cares about democracy in Hong Kong? No advanced democracy in the world would allow a city, state, and or province to cede, even if the people within those jurisdictions voted for secession; with the exception of Scotland. Scotland under their own accord formed a union with England in 1707.

A good example of this would be Catalonia. Spain recently sentenced Catalan Separatist Leaders to 9-13 years in prison over their 2017 independence referendum. The Spanish Supreme Court also found nine leaders of the Catalan Separatist Movement guilty of sedition, including the former vice-president of Catalonia Oriol Junqueras. He will be serving 13 years in prison, according to Forbes. Not very democratic for a democratic country? 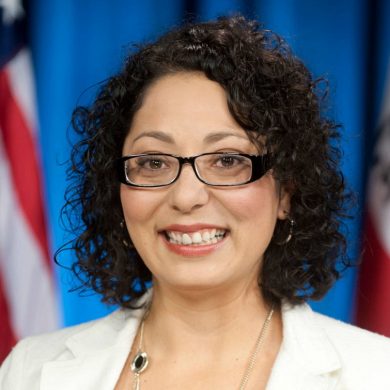