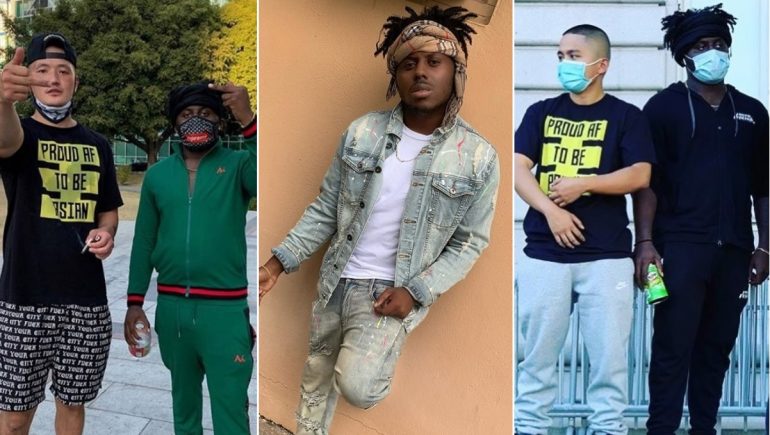 Many Asian-Americans who have been following the IG account @asianswithattitudes or the #TheyCantBurnUsAll movement started by rapper China Mac and actor William Lex Ham may have noticed an individual named Freek Da Gemini (IG: @freekdagemini). He’s been to almost every rally since the movement’s inception and is very good friends with the founders of @asianswithattitudes as well as other key figures in the new Asian-American movement.

However, Da Gemini’s support for the Asian-American community has come with a heavy price. “I try my best to be a big advocate for the Asian community as much as possible. But it comes with a lot of hate and backlash due to people feeling I am betraying my race and sometimes I get death threats,” Da Gemini stated.

When asked why he does what he does, Da Gemini simply replied “Because everyone steps up for Black Lives Matter, but it seems as if not many are for Asians.”

Freek Da Gemini was born on June 15, 1999, and resides in Orlando, Florida. He has over 800,000 followers on TikTok, he’s one of the few TikTokers who uses his platform to help advocate for minorities.

Da Gemini is also one of the few African-American activists who continually calls out racists—including those within his own community—who continually ignores the struggles of Asian-Americans and other minority groups.

“We have people of all races and ethnicities advocating for the black community, I see no reason why it’s a problem I do the same back for other races besides my own. My page is based all-around call outs and spreading awareness like sexual assault and false allegations because I’m a victim of both,” Da Gemini explained.

“I try to bridge the gap between left vs right because your beliefs shouldn’t stop you from being friends with others who have different beliefs. A lot may find me ‘controversial’ or think what I’m doing is pandering, but that’s okay because it only takes one person to start causing change when others won’t. It may take some time, but it will happen or inspire others to take the stand as well.”