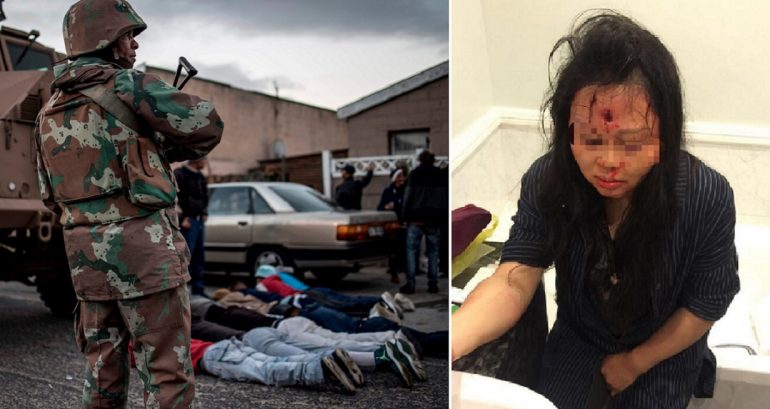 CAPE TOWN, South Africa—Three suspects have been arrested following a shocking discovery of two abducted Chinese women who were found in a shack in Gugulethu’s Barcelona informal settlement in South Africa, according to IOL South Africa.

One of the women was found dead Friday morning, October 2. It is believed the woman was murdered trying to escape her kidnappers.

According to police spokesman Colonel  Andrè Traut, the two women, aged 51 and 34, were kidnapped by suspects in Delft on September 25. The suspects wanted R5 million for the women’s safe return.

“The exact cause of her death and the motive for the kidnapping are yet to be determined. Police arrested three suspects, aged 26, 32, and 34, who are detained until their court appearance on Monday,” stated Traut.

The suspects apparently called the family of the Chinese women demanding a R5 million ransom. “But the Chinese family said they can only afford R2 million. The suspects used one of the women’s cellphone and tracked to Barcelona.”

“Residents pointed to the house when police came looking after also receiving an anonymous tip-off. It is not clear how the person who tipped the police knew about the shack,” stated Gugulethu Community Police Forum chairperson Sonwabile Magida.

According to IOL South Africa, the suspects had been renting the shack where the women were found. “The shack is rented by people from Khayelitsha.”

“What happened is shocking and this is the first time something like this happens in Barcelona. The suspects must not be granted bail.”

Feature Images via The Telegraph & China Plus