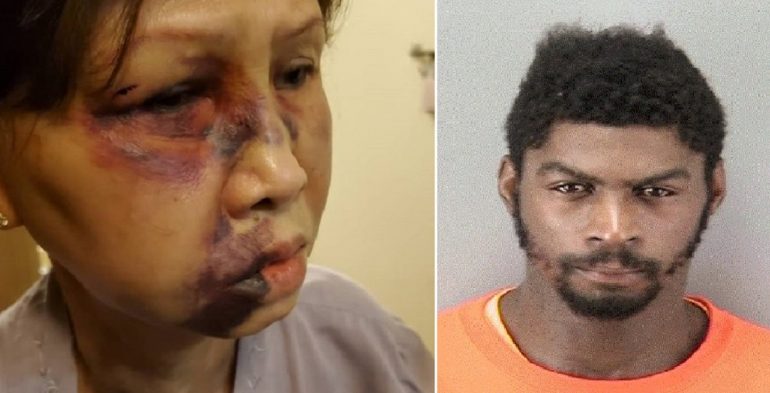 34-year-old Michael Lucas Turner has been arrested by SFPD and charged on suspicion of aggravated assault and elder abuse in the first incident, which involved a 78-year-old woman who was walking on Turk Street on September 15, around 7:30 am, according to ABC 7’s Dion Lim.

Turner was still in custody on October 5, when he was charged for the September 22 attack on Thanh Nguyen’s 71-year-old mother. For the second incident, Turner is charged with battery, a probation violation, and elder abuse as well.

San Francisco Police Department has ended the common practice of releasing suspect booking mugshots, effective July 1, 2020. This was due to a disproportionate amount of mugshots being African-American and helped perpetuate stereotypes.

Turner’s mugshot was obtained through SFPD Tenderloin’s Twitter page from last year (2019). Then 33-year-old Michael Turner had been arrested for an auto burglary spree. He was charged with breaking into five cars, probation violation, and possession of burglary tools.

On Tuesday, September 22, Thanh Nguyen’s mom was viciously attacked in front of her house in San Francisco by some random “punk.” The assailant knocked Mrs. Nguyen unconscious and caused further damage when she fell to the ground.

Thanh’s younger brother immediately chased after the assailant down toward Market Street.

“The guy tried hopping onto the K train on Market to escape, but my younger brother chased him off the train and down Market Street toward Embarcadero. As they were running this scum ran past a group of guys just hanging at the corner; not knowing what was going on, they see my younger brother chasing this guy and decides to punch him as he passed, almost knocking him and letting the scum get away. He was able to pull himself together and run back to my mom as she was getting on the ambulance because he isn’t stupid enough to just get jumped by 5-8 guys,” explained Thanh.

After a few days, Thanh’s mom finally returned home. However, she suffered extensive facial fractures, “bruises everywhere, body in pain, can’t look up or down, can’t talk normally, her favorite glasses shattered, and our hearts broken,” Thanh continued to explain.

“We’ve lived in the same neighborhood for YEARS and never had anything like this happen to us. Even with Covid-19 and the racist sh*t you hear on the news we kept telling her not to go out! Despite that she was comfortable enough to leave the house for appointments and other important matters regardless because we are used to the neighborhood.

For this punk to attack an elderly woman, someone’s grandmother, and most importantly MY MOM is totally unacceptable and it ain’t something that I can live with myself to know that I didn’t let her attack be known to others; especially with all these racial attacks especially on the elderly.”

Thanh went on to state, “I’ve contacted Muni and the surrounding places for footage or pictures cause the thing that bothers me most is I don’t know what this punk looks like. Thankfully, my brother said he wasn’t wearing a face covering.”