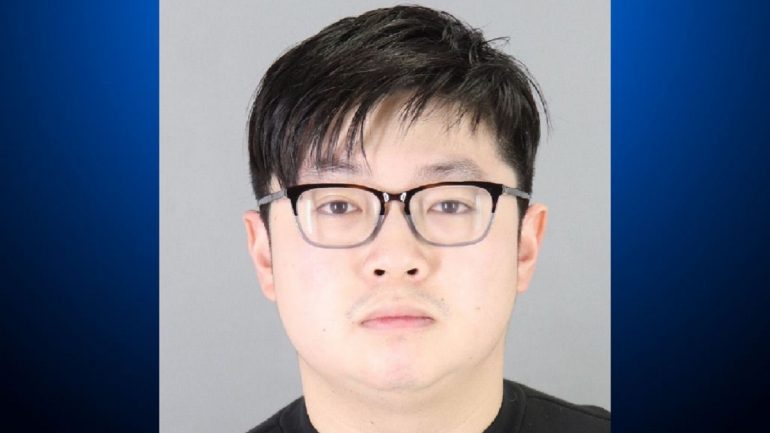 SAN MATEO, California—29-year-old Wai Kit Ching, aka Raymond Ching, was arrested at his home Tuesday, September 29, and faces multiple charges for allegedly committing lewd acts with minors and soliciting sexual photos with boys through a fake Instagram account, according to CBS SF BayArea.

According to police, Ching’s arrest was achieved through multi-agency cooperation from the Internet Crimes Against Children Task Force and Homeland Security Investigations—following a lengthy investigation.

Earlier this year, police in Eden Prairie, Minnesota contacted authorities in San Mateo, California, after investigating an Instagram account and tracing it back to San Mateo. The fake Instagram account identified itself as a 15-year-old female named “Alicia Harris.”

San Mateo Police Department soon launched an investigation of their own and found Ching, posing as a teen female, communicated with hundreds of boys worldwide for the purpose of soliciting sexual photos. Ching allegedly used the Instagram account for this sole purpose since 2018, according to CBS SF BayArea.

Police believe Ching, acting as himself, invited a San Mateo juvenile male into his home between December of last year into January of this year. Police also believe there are more victims who may have been in contact with @alchas04, @alchas04_priv, “Alicia Harris,” “Raymond Ching,” or Wai Kit Ching via Instagram or in person are being asked to come forward.

Ching was arraigned Thursday, October 1, on multiple charges, including seven counts of lewd or lascivious acts with a child under 14, right counts of contacting a minor with intent to commit a felony, possession of child pornography, along with seven enhancements under the state’s “one-strike” law for sex offenses.

Anyone with information about the case is asked to contact the Detective Sergeant Lee Violett at (650)522-7662 or [email protected].