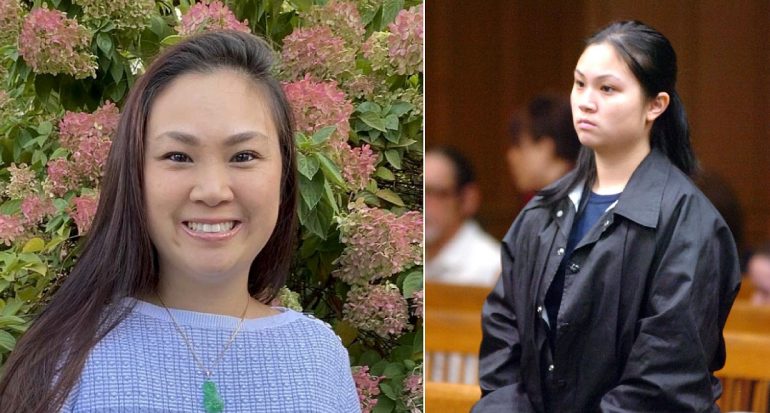 After Frances Choy’s third trial (two trials resulted in hung juries) in 2011, she was found guilty of murder and arson for a house fire in April 2003 that took the lives of her parents, Jimmy and Anne Trahn Choy in Brockton, Massachusetts.

Firefighters rescued Frances Choy and her then 16-year-old nephew, Kenneth Choy from their home. Both survivors of the house fire would later be charged with murder. Kenneth Choy was acquitted of murder charges in 2008.

Frances was eventually found guilty on her third trial after police chemist John Drugan testified he discovered gasoline residue on Frances’ sweatpants she was wearing the morning of the fire. However, a reevaluation of the sweatpants after her conviction later showed no presence of gasoline residue.

“It is evident that from the time that Frances was questioned by the State and Brockton Police as a seventeen-year-old, and through her third trial where the Commonwealth, at the eleventh hour, substituted a role-play of a transcript for their most important, but least credible witness, Frances was disadvantaged by a range of circumstances, procedures and rulings,” Judge Giles wrote before vacating Frances’ conviction earlier this year.

During Frances’ lengthy questioning by police back in 2003, no recordings of her interrogation were ever made nor notes taken. The police later stated they did not have the necessary equipment at the time. However, Frances Choy’s defense presented an affidavit from a retired Brockton police officer who stated the police lied and they indeed had the equipment to record Choy’s interrogation.

Frances’ 17-year ordeal is finally over. On Tuesday afternoon, September 29, Plymouth County District Attorney filed a nolle prosequi—meaning it will not seek another trial.

“This may be the first case in the U.S. where a murder conviction has been thrown out because of racism on the part of prosecutors,” John Barter, Frances Choy’s attorney stated.

Barter fought fiercely for emails for almost five years. Nearly all of them were released back in 2019 after the state of Massachusetts Supreme Judicial Court ordered the Plymouth County DA to turn them over. What Barter discovered in those emails was shocking, according to Wubur.

The prosecutors involved in Frances’ case mocked her and her family and wrote derogatory notes about Frances and others—some emails invoked racial stereotypes against Asians.

“These emails were written in the context of a first-degree murder trial,” Sharon Beckman, an attorney with Boston College’s Innocence Program and co-counsel for Choy stated. “Usually it’s hard to prove bias or show a violation of the Constitution based on racism, but what’s unusual in this case is that the emails show what the prosecutors were thinking. They wrote their discrimination down.”

Frances Choy is the first woman of color to be exonerated in the state of Massachussetts.