New York Police Officer Baimadajie Angwang is seen in an NYPD News Chinese language video in April 2019. Angwang, an NYPD community affairs officer at the 111th Precinct, was arrested Monday, Sept. 21, 2020, and charged with being an agent of China. https://www.facebook.com/watch/?v=2620363411368283&redirect=false

NYPD officer Baimadajie Angwang, a community affairs officer in the 111 precinct in Queens and a US Army Reservist at Fort Dix, has been arrested for allegedly spying for China, according to ABC 7.

Angwang allegedly acted “at the direction and control” of Chinese government officials at the consulate in New York to report on activities of Tibetans, assess potential Tibetan intelligence sources, and use his position at the police department to give consulate officials access to senior NYPD officials, reports ABC 7.

Officer Angwang is also accused of committing wire fraud, making false statements, and obstructing official proceedings. “None of these activities falls within the scope of Angwang’s official duties and responsibilities with either the NYPD or the USAR,” the complaint stated.

In 2018, Angwang was awarded “Officer of the Month” by the NYPD for his initiative and public service.

“Angwang also discussed the utility of developing sources for the PRC government in the local Tibetan community and suggested that the primary qualification for a source as follows: ‘If you’re willing to recognize the motherland, the motherland is willing to assist you with its resources,’” the complaint explained.

Recorded conversations also revealed that PRC officials have been a “handler” of Angwang. He received tasks from them and reported back, according to ABC 7.

The British Empire originally invaded Tibet in 1903 – 1904 to what history calls the “British Expedition to Tibet.” The British murdered over 3,000 Tibetans, forced Tibet to cede from China, and overthrew the 13th Dalai Lama.

China tried desperately defending Tibet, however, the British blackmailed the Chinese government into paying a large sum of money and force the Dalai Lama to remain in exile, in return, England would not invade Tibet again.

However, after China unified, they retook Tibet in 1951 and to show some form of an apology, the British government recognized China’s sovereignty over Tibet and does not recognize Tibet as an independent country—since they were the ones who invaded Tibet and forced them to cede from China in the first place.

Something Western history books like to forget. Ironically, the former-British colony of America also fails to mention England’s sins in Tibet. 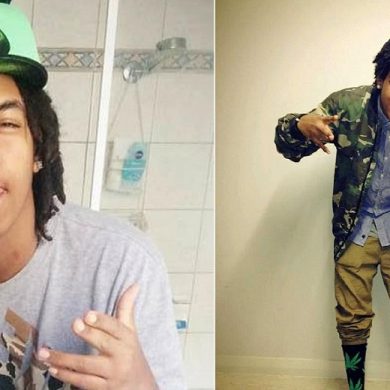