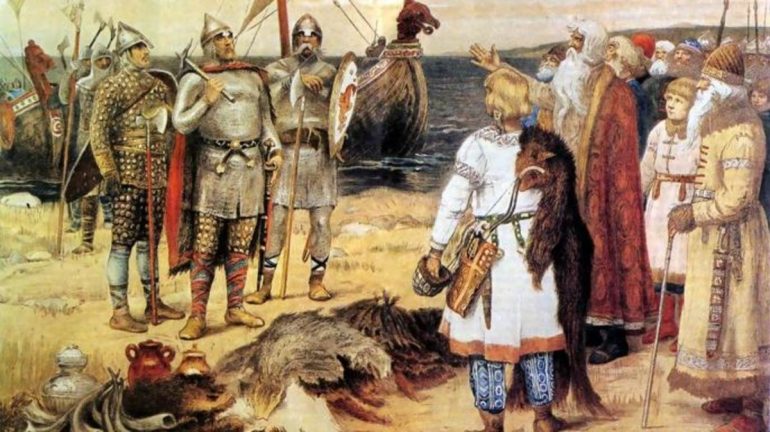 “We found that Vikings weren’t just Scandinavians in their genetic ancestry, as we analyzed genetic influences in their DNA from Southern Europe and Asia which has never been contemplated before,” stated Martin Sikora, lead author and associate professor at the Centre For GeoGenetics, University of Copenhagen.

“Many Vikings have high levels of non-Scandinavian ancestry, both within and outside Scandinavia, which suggest ongoing gene flow across Europe,” Sikora continued.

This is a historic find because it blows the blue-eyed, blonde-haired burley Viking image out the window since many Vikings had high levels of Southern European and Asian blood in their genetic code. History books will have to be re-written.

Scientists sequenced the genomes of over 400 Viking men, women, and children from ancient burial sites dating back before the Viking Age (750 – 1050 A.D.), according to Inverse

The findings were published Wednesday, September 16, in the journal Nature. An international team of researchers reported findings from their six-year-long study of 442 human remains from burial sites dating back between the Bronze Age (2400 B.C.) to the Early Modern period (1600 A.D.), reported Inverse.

According to Eske Willerslev, lead author and director of the Lundbeck Foundation GeoGenetics Centre at the University of Copenhagen, “We have this image of well-connected Vikings mixing with each other, trading and going on raiding parties to fight Kings across Europe because this is what we see on television and read in books—but genetically we have shown for the first time that it wasn’t that kind of world.”

During the Bronze Age through the Early Modern period, Asian civilizations, which equaled the Roman Empire in technological innovation was the dominant source for the latest technology after the fall of the Roman Empire, which plunged Europe into the Dark Ages.

The intermixing of Southern European and Asian peoples created a hybrid of the latest battle tactics developed to battle the Huns, latest innovations from India, Ming China, and Central Eurasian peoples.

These “new” breed of people proved nearly unstoppable as they launched a series of invasions into Scandinavia and the British Isles. However, they did not look like Chris Hemsworth’s God of Thunder, Thor. They looked more like Tadanobu Asano’s character, Hogun.