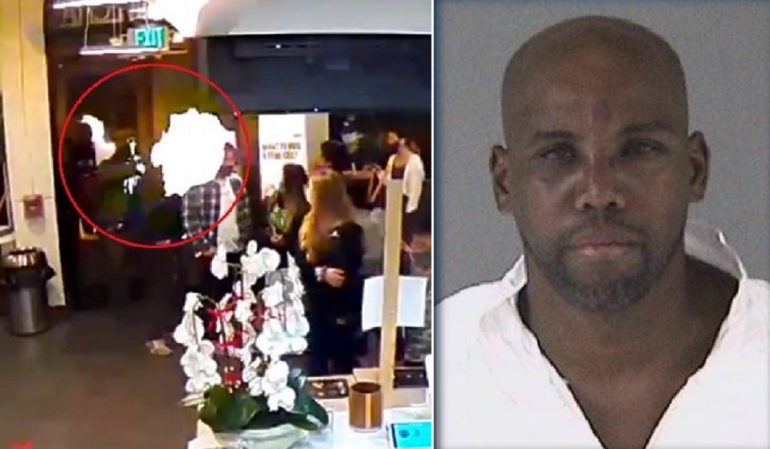 46-year-old Brandon McGlone has been arrested by Berkeley PD. Apparently, McGlone tried to light two other people on fire before attacking two Asian men at the Feng Cha Teahouse, according to CBS SF Bay Area.

On Monday evening, according to police, McGlone first approached two men eating outside at Artichoke Basille’s Pizza. He knocked their food off the table and said he was going to light them on fire.

While the two men retreated, McGlone allegedly sprayed them with WD-40. He then approached a group of people at the Feng Cha Teahouse down the street.

Video surveillance from the establishment showed McGlone spraying WD-40 and igniting the hair of two people in the boba shop. Bystanders were quickly able to extinguish the fire as the victims subdued the assailant outside the teahouse.

As the struggle ensued, McGlone pulled out a hatchet and was quickly taken to the ground and semi-ghetto stomped into semi-submission. Police officers arrived at the scene shortly afterward and convinced McGlone to drop his hatchet.

On Wednesday, September 16, Alameda County District Attorney’s office charged McGlone with arson, criminal threats, throwing a flammable substance on another, assault with a deadly weapon, and possession of a destructive device, among a litany of other charges.