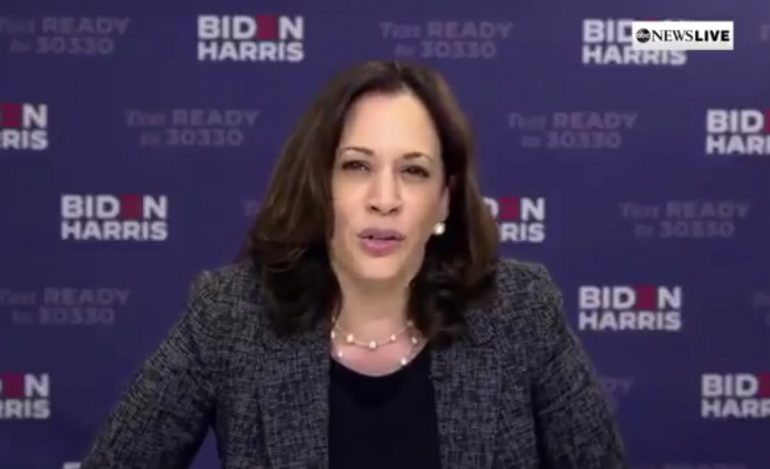 Joe Biden’s running mate, Kamala Harris surprised many during a Monday evening virtual roundtable meeting when she accidentally touted economic plans under a “Harris administration.” Adding to speculation if Joe Biden wins the presidency, he’ll step down due to health issues (dementia), allowing anti-gun Kamala Harris to take the presidency.

“A Harris administration, together with Joe Biden as the president of the United States,” she stated and quickly clarified, “The Biden-Harris administration will provide access to $100 billion in low-interest loans and investments from minority business owners.”

Harris’ “Freudian slip” may be a preview of what’s to come. Daily Caller’s Greg Price stated “Uh oh, Kamala. You weren’t supposed to say that part out loud!!”

Kamala Harris is widely known as being anti-gun and anti-2nd Amendment. She has been on record stating she would take executive action and confiscate all legally owned AR-15s from responsible gun owners because the “killings need to stop.”

However, according to PolitiFact and the Better Government Association, the latest data shows firearms were used to commit 73% of all murders in 2017, according to the FBI. At least 64% of those murders, a handgun was used, not an assault rifle. If Harris wants to stop the “real” killings, she would have to confiscate handguns, which would also directly violate the 2nd Amendment. Kamala is half Indian. Why was India a British colony for 200 years and American wasn’t?