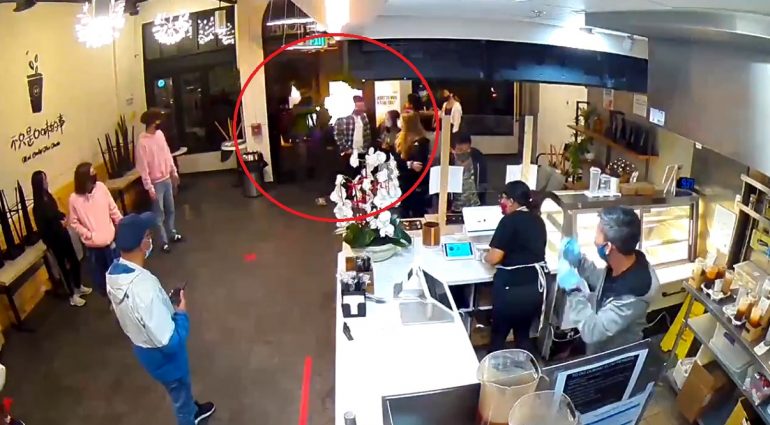 Footage has surfaced on Twitter Monday night, September 14, showing a man walking behind an Asian customer outside a Boba shop and trying to set him on fire. Angelique Duong uploaded the scary footage, which also showed the man trying to set her friend’s on fire as well while waiting in line at a Boba shop in Berkeley, California.

The man in question, armed with an ax and knife, ended up getting jumped and stomped by the other Asian men he tried to set on fire. Footage also provided by Duong on Twitter. The unidentified man ended up with a bashed face and was taken away by an ambulance. No one else was seriously injured.

The two Asian men who beat down the unidentified man chimed in on Twitter. “crack head really lit me and rylans hair on fire then me and noel beat his ass and he had a knife and axe.”

Another Twitter user stated: “He was chasing after my friend @youandmees and I on the stretch of Durant before artichokes. We were running, he was less than a foot behind us. CHECK BEHIND YOU WHEN WALKING AT NIGHT, EVEN WHEN ITS CROWDED. He only stopped after we crossed the street and ran into others.”